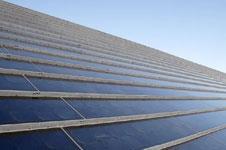 The communities department is planning talks with volume housebuilders about adding another, more demanding level to the Code for Sustainable Homes

To meet code level seven, homes would have to export at least 50% of their electricity consumption to the grid and grow 25% of the vegetables eaten by occupiers in a garden or allotment not more than 50m from the front door.

A communities department source said the new level would help “increase the security of energy and food supply in these uncertain times”.

In a bid to improve biodiversity, homeowners will have to undertake not to own cats, which kill birds and small mammals, and housebuilders would be expected to install measures to deter roving carnivores from entering their gardens.

A source at the communities department said the government had been impressed by how enthusiastically the industry had seized the zero carbon agenda and needed “a new challenge”.

A senior housebuilder who didn’t want to be named said, “It’s the nanny state gone mad. We’ve got enough on our plates keeping up with existing regulations without having to provide acres of PV, vegetable gardens and cat alarms.”

Ed Miliband, the climate change secretary, heralded the new level, saying: “You’re on level six, all the way up. Where can you go from there? Nowhere. This goes up to seven.”

A consultation on the proposal is expected later this year.

The government is also keen to exploit research into mechanical electrical storage systems carried out at the Max Planck Institute in Germany, where 12 gerbils were able to generate enough electricity to heat a kettle. This may form the basis of an eventual code level eight.