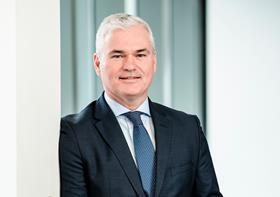 Turner & Townsend is hatching plans to double workloads across the Atlantic as it looks to grow its business in the Americas to the same size as its UK arm.

Its UK business, which has 17 offices stretching from Aberdeen to London, including its headquarters at One New Change in St Paul’s, employs more than 2,800 people and posted revenues of £259m in the year to April 2019.

The firm’s Americas business, which includes the US, Canada, Mexico and South America, saw income jump 28% last year to £125m with the firm employing close to 950 people.

Chief executive Vince Clancy said T&T was aiming to bring numbers in the region up to parity with the UK as part of a five year growth plan.

“We want the two to be roughly the same size by 2025,” he said. “We want two bookends in our global market business.”

Clancy (pictured) said the move would give it a new office on the US’s east coast and added: “It opens a new market for us. A lot of their clients are global.”

T&T has 29 offices in the Americas, with two thirds of these in the US including major hubs at New York, Los Angeles, San Francisco and Houston

Clancy said it would be adding to its roster of staff in the coming years and added: “We see North America as a major market. There is a lot of market share to be gained. There is a massive need for infrastructure renewal in the US.”

Revenue at its UK business was up 9% and Clancy said he expected to maintain this rate of growth for the coming half decade.

It is working at Heathrow Airport as well as HS2 and Clancy warned the new incoming prime minister, who is due to be announced tomorrow, to press on with planned infrastructure spending.

“From a UK plc point of view, we’ve got to invest in infrastructure,” he said. “We do need these schemes to progress, whichever government we get.”

He said T&T was looking at picking up more work in the UK defence sector for the Ministry of Defence as well as upgrading the country’s roads and ageing utilities.

Clancy said targeting mega-schemes such as airports and other transport jobs, including the Virgin hyperloop in India, and a 1,700km long freight rail scheme in Australia, was beginning to pay off.