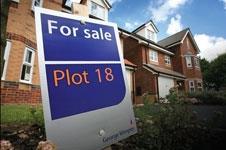 Sources close to the debt talks between housebuilder Taylor Wimpey and its lenders have dismissed fears a deal could be scuppered at the eleventh hour by the banks’ credit committees.

Last week Building revealed a provisional deal on its £1.9bn debt pile had been struck that would see lenders provide an extendable 18-month bridge facility on the debt.

Debt not covered by the facility will extend into 2012 but a final deal needs the approval of the credit committees of its banks – which include Lloyds TSB, Barclays, HSBC and Royal Bank of Scotland.

There had been specualtion that the deal could falter if the credit committees decide it is unworkable.

A source close to the talks said: “The credit committees have been updated regularly throughout the negotiations and will only give their final approval a few days before all parties sign up. These things have been heavily negotiated so it is very unlikely any bank would decline unless there was a major change, which is also unlikely.”

It is understood talks with bondholders, which hold about £443m of the debt, have gone well but they are waiting to see the final terms of the deal before giving it the nod. The banks and private placement debt holders are understood to already be on board.

Taylor Wimpey will update the market tomorrow on the progress of talks but it is thought no final agreement will be in place this month.