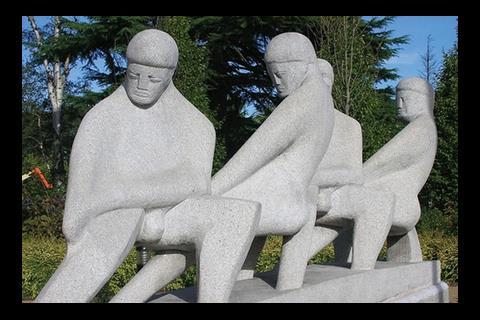 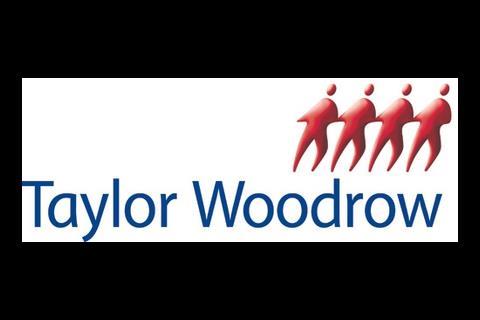 The first major casualty of the Taylor Woodrow sale became clear this week as it emerged the company’s “teamwork” logo – one of the most famous brands in construction – will not transfer with the sale of the business, writes Joey Gardiner.

According to a Taylor Woodrow source, former parent Taylor Wimpey has won a tussle to retain the logo of four men engaged in a tug-of-war.

This is despite the fact that French builder Vinci confirmed Taylor Woodrow would retain its name under the £74m deal.

The current logo is a 2001 redesign of the original concept for the company, dreamed up by a company foreman following a design competition by founder Frank Taylor. Taylor Wimpey will continue to use the logo in relation to all its housebuilding activities across the group, with Taylor Woodrow allowed to use it for a transitional period only.

A City source said the failure to get control of the famous logo did raise questions about the deal, because the value of the company was so tied up with its brand and history. “It’s a key point because it’s one of the oldest brands in construction. It’s an iconic name and an iconic logo.”

It’s a key point because it’s one of the oldest brands in construction. It’s an iconic name and an iconic logo

Taylor Woodrow was founded by Taylor in 1921 in order to build two homes in Blackpool. He borrowed the Woodrow name from an uncle, Jack Woodrow, who he involved solely because he was only 16, so too young to form a company. Taylor went on to become a notable donor to the Conservative party and in 1983 became a member of the House of Lords.

The company diversified into general construction in the 1930s, as well as moving in to the US market. It bought Bryant Homes in 2001, but retained the construction arm.

Taylor Woodrow merged with George Wimpey in March 2007. The company has been in talks to sell Taylor Woodrow Construction since February.

Can you do better?

The “Teamwork” logo (left) has been honoured with a statue outside Taywood’s HQ, built in 1956, and a revamp in 2001. But what should take its place? Send your design to building@cmpi.biz for a chance to win four bottles of champagne.

“Teamwork” statue designed by David Wynee is built outside the new head office in Southall, Middlesex

Taylor Woodrow merges with George Wimpey in a £6bn all-share deal. Projects include the £320m Building Schools for the Future programme in Sheffield, the 2008 Serpentine Gallery pavilion and the £330m Bristol Harbourside development