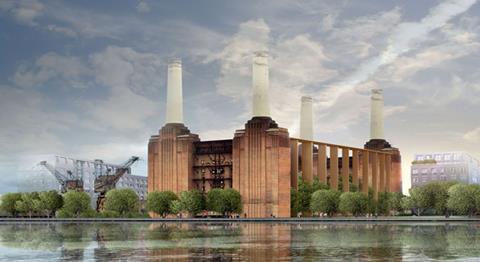 Last week it emerged that the famous power station is set to fall into the hands of administrators after banks demanded its owner, Real Estate Opportunities, pay back over £500m of debt.

Now Farrells has suggested that the derelict building is redeveloped in a more piecemeal fashion which does not begin with its comprehensive overhaul or the development of a £1.5bn new tube station in the area.

The practice, founded by Sir Terry Farrell, suggests creating a “simple and beautiful” finished monument at a very early stage by retaining the front and back elements and their chimneys.

This proposal, the firm claims, would retain the familiar form of the building from the river but would open up the sides of the power station with an open colonnade screen along the two flank walls.

Such an approach would give new surrounding flats views through the colonnade into a large parkland which would provide another low-cost public attraction.

Sir Terry - who is an adviser to mayor Boris Johnson as well as a former commissioner of English Heritagage - said; “We have to learn lessons from the problems that have thwarted previous attempts to redevelop this much loved landmark.

“This is a pragmatic and incremental approach to enable the redevelopment of this famous landmark sitting in one of the largest and most valuable regeneration sites in central London. In many ways, this strategy is already on its way to being realised as there is one long flank wall missing as well as the roof itself.

“It is not the first time the power station would have been taken down and put back together again. Not many people know that the chimneys were removed during the Second World War to prevent them being targets for German bombers before being replaced.

“The key to this strategy is that it will be, and will be seen to be, complete at each stage so that the redevelopment project can get started and make positive and rapid progress.” 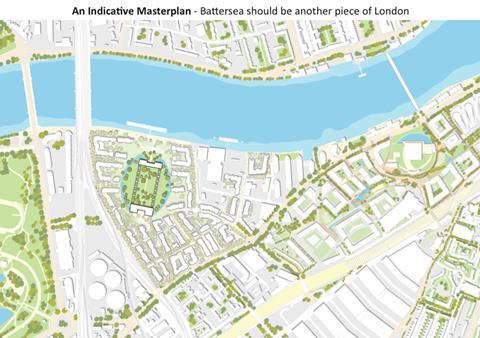