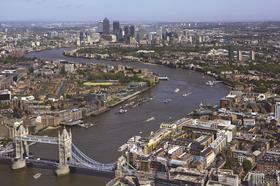 The £4bn Thames “super-sewer” project has been hit with two separate legal actions, which have the potential to delay the scheme.

Local environmental group Thames Blue-Green Economy and Southwark council have both filed applications for a judicial review of the government’s decision to grant the scheme planning permission.

The scheme, which entails building a 25km tunnel under London from the Acton Storm Tanks in West London to the Abbey Mills pumping station in East London, was given the green light in September this year.

Communities secretary Eric Pickles and environment secretary Elizabeth Truss said they had concluded there was “on balance a good case” for the project, which is designed to prevent millions of tonnes of untreated sewage discharging into the tidal River Thames.

Construction is expected to start in 2016 and be completed by 2023.

But Thames Blue-Green Economy said in a statement that the government “failed to comply with its legal obligations under the Environmental Impact Assessment regime with regard to public participation” and therefore the scheme should not have been approved, prompting the environmental group to lodge its judicial review application.

The group, which describes itself as a “broad group of independent experts… whose objective it is to halt the tunnel project”, said it wanted a cheaper, lower risk solution to dealing with London’s excess rain water.

In a statement it said: “The tunnel project would turn fresh rainwater into sewage at vast public expense and environmental damage.”

A spokesperson for Thames Tideway Tunnel Ltd said she was “aware” of the judicial review applications.

She added: “Work continues on the project, business as usual”.