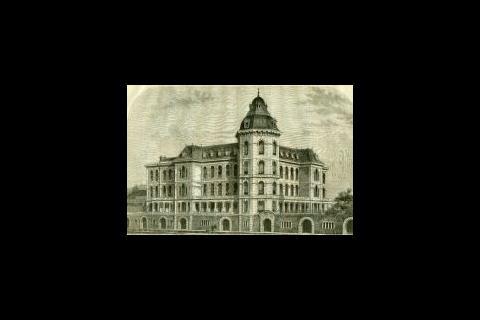 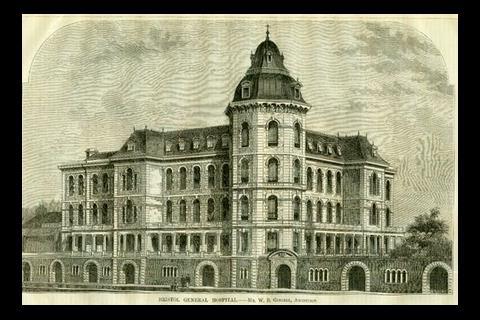 Over 150 years ago The Builder employed two engravers to render the latest architectural designs.

Engravers B Sly and IS Heaviside were the CAD wizards of their day. Their drawings reveal an astonishing level of detail and they would have inspired a generation of Victorian buildersin the age before photography.

As far as we know these engravings have never been published before - certainly not online. Over the coming weeks we will publish the best of these drawings and reveal a little of the buildings they depict.

Mixed-sex wards were a no-no, unlike some hospitals today.
“The first floor is appropriated solely to male patients, and is reached by its own staircase. The second floor is devoted solely to female patients, and is approached by another staircase, divided off from the males’ corridor where passing the same, by an obscured glass screen, but affording communication for the officers only. By this arrangement the patients of each sex can exercise in the corridors and pass uninterruptedly to and from their wards and day-rooms.”

The Crimean War was blamed for cost overuns
“The cost of the Building was very much increased, it is stated by the rise in the value of labour and materials that took place about the time of obtaining the tenders, in consequence of the war; but contracts amounting to £14,959 were entered into in June 1853, and the works were completed last autumn”

The uncredited writer did not approve of the site
“The hospital occupies a peculiar, and, as it seems to us, ill-chosen site, and maybe be said to be almost surrounded by water. The site, too, presented singular impediments to the ready planning of a hospital that should combine every modern improvement.”