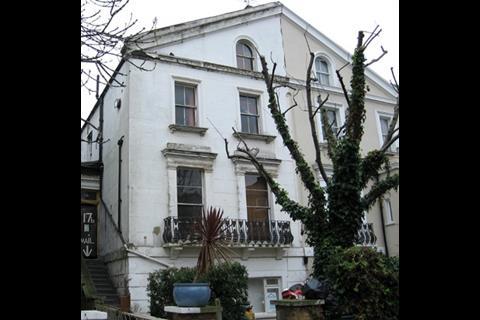 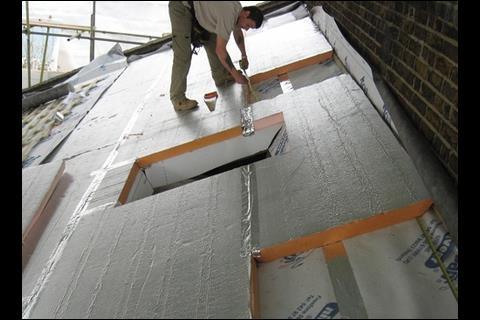 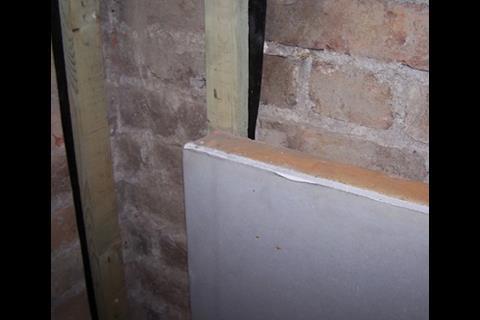 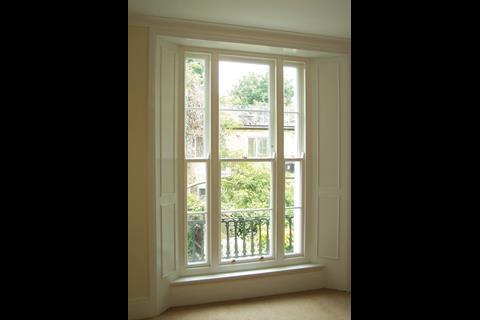 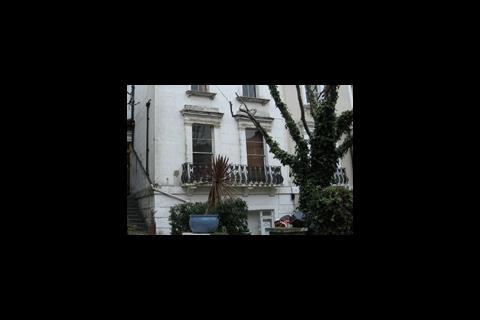 From the outside, 17 St Augustine’s Road, in north-west London, looks just like the other mid-Victorian semi-detached homes lining the road. Admittedly, it has a fresher coat of paint than its neighbour, and the garden has recently had a makeover, but there’s little to give away the fact that this house comfortably outperforms most modern new builds when it comes to energy use.

Its completion is timely. With soaring energy prices and government targets for cutting carbon emissions, improving the efficiency of existing housing stock has become paramount. But attempting it with a home that’s a century and a half old is a challenge that few have taken on.

Camden council, however, had an incentive as 60% of its properties are in a conservation area and, like more than half of its homes and 5 million others in the UK, they are built using solid wall construction.

Chit Chong, the council’s energy and sustainability manager, says the aim of the project was to take an existing house and see what could be achieved. “The original aim was to reduce carbon emissions by 90%,” he says. “The logic of that was that if the government wants to reduce emissions by 60% by 2050, you won’t achieve that across the board, so you have to go above and beyond it on individual projects. We thought it was doable.” And by achieving it, Camden has provided a template for future projects involving old stock.

The most crucial element was to try to improve the performance of the building’s envelope. Attempts to carry out an air pressure test on the house in its inital state failed because it leaked so much and couldn’t reach the 50Pa required to carry out the measurements. Several solutions were explored by the council.

The most effective way of improving the envelope’s performance would have been to overclad the side and rear of the property, but Robert Simmons of building surveyor Landers & Associates says planners ruled this out for the rear wall, and there were issues with the other wall being a boundary.

Secondary glazing using vacuum double glazing, with a U-value of 1W/m2K, was too difficult to install, while the thickness of wood wool insulation – favoured by English Heritage – needed to achieve the desired thermal performance, took up too much room.

Ground source heat pumps are often seen as a solution for heritage projects, where a trade-off is made between their more efficient production of heat and the building’s leaky envelope. However, this was rejected partly because of poor access to the rear garden and also because it was seen as very site-specific. On top of this, it would entail raising the floors to install an underfloor heating system and would need continuing maintenance.

Instead, the solution has been to install insulation on the internal faces of the wall. Although this eats into the room space, it was felt it wouldn’t be noticeable because of the sizes of the rooms. This was combined with improved floor and roof insulation along with new argon-filled double-glazed windows.

This solution was not without its issues, however. The council’s conservationists and English Heritage were keen to retain the character and appearance of the building. But, says Chong, “we had to compromise”. “It was clear that if we kept a lot of the features such as the fireplaces, we wouldn’t meet our energy needs and also it had to be cost-effectively put back into the rental sector, which meant we lost features such as the cornicing.”

There were further problems. When construction began in January this year the building was in a worse state than initially thought. The roof needed replacing and most of the internal walls had to be strengthened.

Incorporating the new insulation meant stripping the old plaster back to the brickwork. Battens were then fixed to the walls, onto which was mounted 95mm of Kingspan insulated plasterboard. To avoid cold bridges between the floors and ceiling at the first and second storeys, the floorboards were chopped out and the insulation continued seamlessly up the wall with insulating foam around the joists.

Andy Swann, from contractor Lengard, says the difficulty of the work quickly became apparent. “It’s very labour-intensive,” he says. “It was essential the tradesmen understood what we were trying to achieve in terms of airtightness and insulation. Quality control was essential.” This meant making sure the insulation was squeezed in tightly to the gaps and that joints were thoroughly sealed using flexible foam and silicone mastics that will move with any deflection of the structure and avoid cracking. Chong says in future the council will look at the scheduling of the project to see where the key stage inspections and tests are with insulation and airtightness in mind. “There is an argument for the whole building to meet one stage of finish and then you do the air pressure test, which would mean that you are still able to access areas before the final finishes go on.”

With an old house there were a lot of tricky details to deal with. Fortunately at the window reveals there was enough room behind the wood panelling to take 60mm of insulation all the way back to the frames and a standard detail was drawn up for dealing with this. In areas where the reveal was fairly shallow the insulation below the window was taken straight across to make it easier to build, while in other areas, such as the stairwell, the thickness of insulation had to be reduced to avoid narrowing the space.

In the bathrooms and kitchens the plasterboard-backed insulation was done away with on specific walls and, instead, the insulation was sandwiched to the battens with 25mm plywood to give a solid surface for mounting basins and cupboards to.

At roof level, 75mm of Kingspan Kooltherm insulation was placed between the rafters, followed by a breathable membrane, another 75mm of insulation and a second membrane. Here, the detailed work of taping and sealing the insulation is most evident. An air pressure test on the completed building returned a figure of 6.7m3/s/M2 at 50Pa.

Together, these measures should provide an envelope performance 20% better than current Part L requirements for a new build. The main heat loss now is through ventilation.

Beyond the building envelope the other measures that have been installed include solar thermal panels, photovoltaics and local heat exchange ventilation. “But even without these we have a house that outperforms Part L,” says Chong.

SAP calculations show that the house should achieve the equivalent of level four of the Code for Sustainable Homes for energy and CO2 emissions, but all this has come at a cost. The total bill for the refurbishment is expected to come in at about £340,000. This includes £60,000 for the renewable technologies, which in reality, says Chong, they probably wouldn’t install. When these are stripped out of the equation the big gains come from the roof and wall insulation.

Tenants are due to move in this October and University College London will monitor how the house performs over the next five years.

In future Chong wants to tackle a street where the council owns all the properties and replace all the roofs, walls and windows with the tenants in place. “That’s where the real gains are made,” he says.

He admits that where the issues arise are when there are owner-occupiers on one side, and housing association or local authority tenants on the other. “A compromise has to be made, but at least people realise something has to be done.”

17 St Augustine’s Road, London NW1, will be open for visiting every Sunday between 2pm and 5pm until 12 October