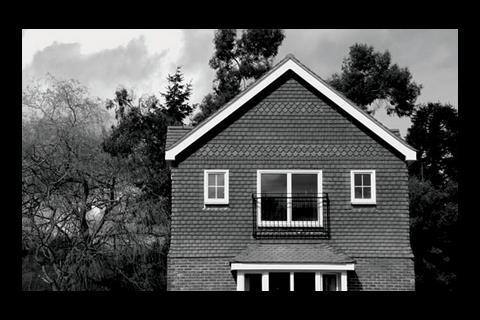 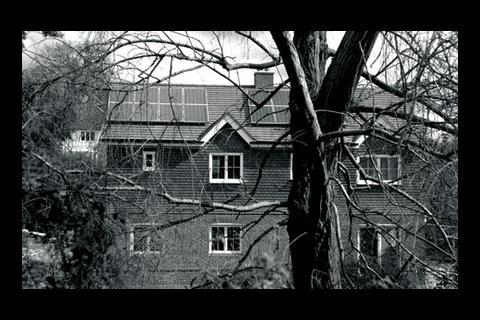 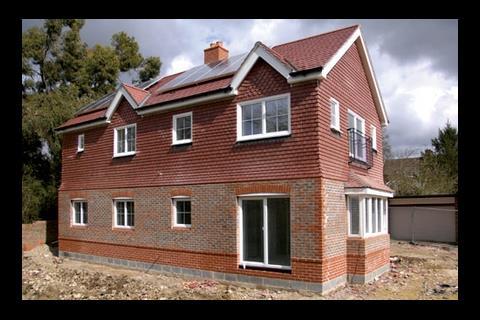 The new flats in Mid Street in the sleepy village of South Nutfield might not look like anything to scare the horses, but in fact they are quietly revolutionary. Alex Smith takes a trip to the country to see the UK’s first code-level-five sustainable homes

In less than a month two families will move into the UK’s first homes to meet level five of the Code for Sustainable Homes. It’s a notable achievement for affordable housebuilder Osborne and client Raven Housing Trust, but one that could go unnoticed by passers-by in South Nutfield, Surrey, as the homes are notably short on what commonly signifies “Sustainable Design”.

There are no multicoloured wind cowls, fancy louvres or green sedum roofs – just standard brick and tile hung facades and a traditional roofline. The only visible green gizmo is a panel inside that gives real-time information on local bus times.

The fact that the two apartments on Mid Street slip below the design radar is fine by Colin Mitchell, divisional director at Osborne. “The homes looks like any other built in a rural location, which was the big principle as far as we were concerned. You don’t see any difference between this code-level-five house and ordinary housing. It’s not crazy, it’s not wacky, it’s not off the wall.”

Rather than worry about the latest show-stopping renewables, Mitchell says Osborne has focused on getting the construction right, which has enabled it to build code level five homes ahead of bigger rivals.

There is a basic hierarchy of principles, he says. First, design a fabric that minimises energy use, then conserve the energy that is used, and finally work out the energy requirements and fit the renewables that meet those needs. “It sounds daft but you need to look at the fabric of the building rather than just lobbing up some renewable that looks good,” he says.

There was certainly nothing too cutting-edge about getting the building as airtight as possible. The key was to seal the doors and windows properly to prevent heat escaping through the fabric, and the best method for that was to use double-sided tape. “Before we squeezed some gripfoam in to fill any gaps,” Mitchell says. With the tape, homes achieve air leakage of less than 1 cm3/m2 per hour, which is 10% of the requirements in Building Regulations.

To further minimise the potential for air leakage Osborne used its own Innovare structural insulated panels to construct the walls and roofs. Having large panels up to 6m x 2.8m in size meant there were fewer joints at which air leakage could occur. Osborne manufactures and installs these panels itself, having made a multimillion-pound investment in a factory in Coventry. At Mid Street they were fitted with 50mm of insulation on the outer leaf to help achieve U-values of 0.14 for walls and 0.10 for the roof.

Osborne carries out airtightness tests in each room before the final finishes are applied, which should mean there are no nasty surprises when apartments are tested on completion. Tearing down plasterboard to find and seal gaps is very expensive remedial work.

We haven’t got wind turbines on it that look like bicycles. You don’t need to do that.

Through R&D, Osborne has built up substantial in-house expertise. As well as erecting its own Innovare panels it also offers advice to clients on renewables. Mitchell says this offers enormous advantages. “There is a raft of sustainable consultants out there who will tell you all sorts of things but don’t have the builder’s eye on it, which tells you how much it costs.” Mitchell says consultants don’t always understand the impact that renewables have on buildability. “It’s not about pieces of kit, it’s about cutting down heat loss, and working out your energy requirements.”

To help achieve code level five at Mid Street, Osborne added a discrete array of photovoltaic panels on the roof and specified a biomass boiler. All the sustainable features pushed the basic £260,000 cost of the building up by 24%. Mitchell reckons that within a few years the big sustainable extras will make up no more than 20% of the total cost. Other sources of code points included a rainwater harvesting system, water-saving devices such as low-flush WCs and the digital panels showing bus times (see “Level five menu,” overleaf).

The cost of integrating renewables can be much higher if issues are not resolved at an early stage, warns Mitchell. There are schemes now in planning that will take two or three years, at which point they will probably have to meet code five, he says. “The last thing you need is to go back to the planners because you haven’t allowed for a biomass boiler outside or the impact of PVs on the roof. It’s not retro-fitting, but it is retro-thinking, and second thoughts are always more expensive than first thoughts.”

The extra cost is funded by Tandridge council, the Energy Saving Trust, the Low Carbon Building Programme and about £10,000 from Osborne’s own carbon offsetting scheme. This is money put aside to offset the carbon generated by the builder’s fleet of cars and vans. “Instead of investing in a tree-planting scheme where you can never be sure what you’re getting for your money, we invest in our schemes,” says Mitchell.

The Energy Savings Trust has taken interest in Mid Street and will be monitoring energy usage for two years to see how much energy the renewables actually do conserve and generate. A wireless broadband link will relay information on heating output, water consumption and electricity generated by photovoltaics. The code level five extras and monitoring together added £83,000 to the cost.

Code-level-five homes are not expected to be a requirement of funding for affordable homes for another two years but Osborne wants to prove to housing associations that it can be done now. It is working with Mosaic Housing Association on delivering 13 code-level-five homes in Woking and is looking at a zero-carbon code-level-six house with Accent Peerless, also in Woking.

Mitchell says that opportunities in the private sector will come in the future. “When the government demands all homes to be zero carbon, people will be screaming for these. We will say we know how to do that, we know what the price is. Why shouldn’t we build them ourselves?”

As Osborne boasts on its Mid Street factsheet: “The homes are not demonstration homes, prototypes or concepts. They are real homes which will be lived in.” And Mitchell confirms that they won’t scare the horses either. “We haven’t got wind turbines on it that look like bicycles. You don’t need to do that. There’s no reason why a code-level-five home shouldn’t look conventional.”

This article appeared in the April 2008 Building regulations supplement under the headline Deep in leafy Surrey...