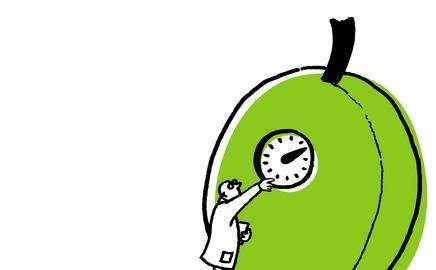 Story of the week: Power Plays

The energy folks are playing a complicated game with consumers as evidenced by news this week that accusations of ‘greenwashing’ have led to a doubling of complaints to the Advertising Standards Authority (ASA), from 150 in 2006 to 300 last year. ASA head, Lord Finsbury, complained about words like ‘sustainable,’ ‘zero carbon,’ and ‘best in class’ being sprinkled about like magic green pixie dust.

A complaint about Shell saying that it used its CO2 emissions to ‘grow flowers’ against a pretty picture of blooms issuing forth from industrial chimneys was upheld. In fact, just 0.325% of the company’s are used for that purpose.

And while the energy producers are keen to tell us to reduce energy in our homes in what has always been a somewhat surprising message – like Smirnoff telling us to ‘drink responsibly' – it seems that they’d prefer we use trial and error to achieve this.

The industry has squashed attempts by the Government to get it to pay for £15 a pop smart meters for all homes. Why? Because it fears we might use less energy, the Guardian guesses.

Debate of the week

Phil Clark has correctly sensed a tectonic battle between pessimism and optimism on the blog, although his ‘upside – that things change and improve – is another’s downside, namely that things – resources – have reached a critical point of depletion. An essay by economist, Paul Krugman, in the New York Times, entitled ‘Running out of Planet to Exploit’ suggests that ‘the good times may stopped rolling’; while, over at Business Week, equally celebrated dismal scientist, Michael Mandel, suggests we should, ‘throw Malthus off the bus. ‘Technology and productivity’ will save the day.

Pic of the week

Pic of the week is not a project or a mug shot of Al Gore, but of the Jet Stream above the US. It seems to be moving northwards at 1.25 miles a year, creating less rain in the already dry south and more storms in the north. Global warming seems to be the culprit.