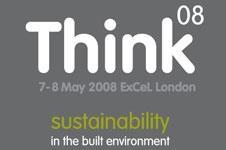 Don’t reinvent the wheel until you know how to drive. Why innovation needs to focus on techniques as much as whizzy products, writes Jon de Souza, director of regions and demonstrations at Constructing Excellence, who is speaking at next month's Think event

When compared to other sectors, it is perceived that the construction industry does not carry out much research. However, when people start filing patents for the humble comb-over (as happened in 2004 in the US with the claimants going on to win an Nobel prize) perhaps it’s time to realise that innovation is not always best measured in traditional terms alone.

The best way to drive innovation in the construction sector is to develop and refine existing techniques just as much as it is to invent new products and machinery. Developments in new technology will, it is true, make the construction sector more streamlined and efficient – but only if the people using the technology work collaboratively. As always, the true value of any sector is in its people and how they interact.

As an industry body for the construction sector, Constructing Excellence has always argued that there has to be a culture within which the benefits of innovation can be exploited. This is one of our founding principles, based on Sir John Egan’s 1998 report, Rethinking Construction.

There is a real need to increase innovation in the construction sector if we are to deliver on the sustainable construction agenda – such as the zero-carbon homes planned by Government. Already the industry is looking at how we can improve on existing sustainability targets. One example is to look at the adaption of existing buildings to climate change as well as mitigating against future CO2 emissions. Producing zero-carbon homes is laudable only if we look at the bigger picture – they may be carbon-neutral to build and live in, but there are real risks if they are not designed and constructed to deal with the climate change that is going to occur. Homes and offices in the UK will need to cope with hotter summers and wetter winters – and if plans to build new homes on flood plains go ahead, they will need adequate flood protection.

The Demonstration Programme is already highlighting the construction projects which are looking at the latest ways of entrenching sustainable practices – whether it’s making zero-carbon homes a reality, or refurbishing existing homes to reduce their CO² output. Our goal now is to make sure that the Demonstration Programme, and other schemes like it, will encourage mainstream take-up of innovative technologies and the collaborative working methods that so often go unrecorded.

Jon de Souza is speaking at the Think08 conference, which takes place on 7 and 8 May. For more information in the event, which also includes a free exhibition, go to