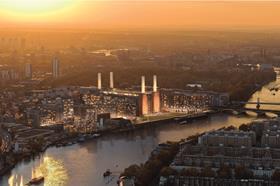 The race for the £350m contract to build the first phase of the Battersea Power Station development has narrowed to just three firms, with an appointment expected imminently, Building can reveal.

As Building revealed in February, contractors Sir Robert McAlpine, Lend Lease, Laing O’Rourke, Carillion and Brookfield had been invited to bid for the £350m first phase of the Battersea Power Station development.

But that list has now been cut to three firms:

This means Sir Robert McAlpine, which had emerged as the early favourite for the job after being appointed to do pre-construction work on the site, has missed out, along with Lend Lease.

Update: Carillion has now merged as the winner of the contract. See story here

Last year, a consortium of three of Malaysia’s biggest companies, SP Setia, Sime Derby, and the Employee’s Provident Fund, paid £400m to buy the power station after it was placed into administration by lenders when the previous Irish owner Treasury Holdings ran into financial difficulties.

Building understands the three firms interviewed in Malaysia in the last few weeks and that an appointment is now imminent.

Construction is expected to commence in the second half of 2013

Meanwhile, phase two of the scheme, expected to be worth around £650m, is gaining momentum, following the appointment of Turner & Townsend as project manager on both phases one and two of the redevelopment.

Phase two is expected to include retail, offices, residential and leisure uses built within and potentially above the power station.

Building understands around 10 construction firms have been invited to express their initial interest in the contract for phase two, ahead of the formal tender process which is expected to kick off in the coming months.