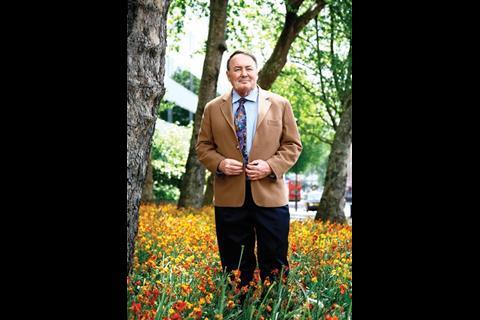 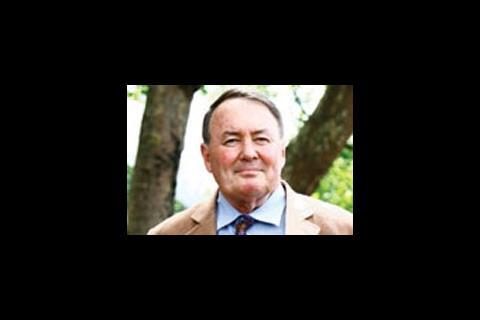 Former Australian environment minister Tom Roper is using his political muscle to try to save billions of people from rising sea levels. He tells Joey Gardiner what it’s got to do with UK housebuilders

Tom Roper is not like a British politician. For a start, the former Australian environment and planning minister is open and immediately warm. Second, he’s not averse to smattering his slow drawl with a healthy dose of colourful language. Third, he seems like the kind of bloke who’s seen the far side of a few tinnies in his time. It’s hard to avoid the sense that he’s altogether more, well, Australian than many former Cabinet ministers I’ve met.

He also seems fun to be around, an accusation it would be hard to level at Alistair Darling. Or I should say, he would be fun to be around if you ignored the content of what he was saying. His message is pretty shocking. And it’s one that the UK construction industry cannot afford to ignore.

Roper has been trying to get the world to wake up to climate change since his government role in the late eighties, long before the 1992 Rio Summit and almost 20 years before the Stern review. He is now a board member of the Washington DC-based Climate Institute, and heads a team that is trying to find ways to rescue small island states from the threat of rising sea levels.

Today’s children, he says, will live to see whole nations submerged and coastal cities such as Atlantic City in the US, maybe even Manhattan, lost to the waves. The Cook Islands, the Maldives, Tuvalu – all these will vanish by the end of the century, if current predictions are correct.

“Billions could be affected,” Roper says. “Now, 50% of the world’s population live in cities, and more than 50% of recent city developments are along the coast. I jokingly say about Melbourne, my home city, it’ll get a bigger and better bay and there’ll be new beach-front properties – but there’ll be a lot of damage.”

Those involved in the built environment have a huge obligation to act, Roper says, because the world’s buildings produce 40% of greenhouse gases, and the quickest and cheapest way to reduce carbon emissions is to tackle the energy given off by buildings.

However, while the technology to reduce this is available, implementing it is taking too long, Roper says. “Because it pays for itself, the industry has no bloody excuse not to.”

Working daily with people whose existences are threatened by climate change has clearly made him pretty indignant about this. “There’s no excuse for designing or building inefficient buildings, but people still are,” he sighs.

We’ve heard these messages before, but Roper’s knowledge and contact with politicians across the world gives them weight. How will Melbourne cope with sea-level rises that will force the replacement of its sewage and water infrastructure? How will New York mayor Michael Bloomberg deal with climate-induced storms that could stop the city functioning?

As for the UK, while he is impressed with some of the government’s moves, Roper has some advice. He praises the move to zero-carbon building by 2016, but says it is important to get the basics right first. “Nobody knows what a zero-carbon house is,” he says. “First you have to use regulations to stop bad practices, then set standards to deal with the number of buildings that are turned over by sale or lease.

More important than new-build is the existing stock, he maintains. And while energy performance certificates will be vital in improving it, he clearly thinks more action is needed. “If it were the case that people would just do it then it would be done already – but it isn’t,” he says. “People don’t have spare money to spend on their houses.”

Furthermore, with latest research predicting sea-level rises of 1.5-2m by the end of the century, he is nervous about development on the Thames Gateway. He references Florida, where insurers are refusing to insure coastal properties, leaving the government to underwrite losses in the event of flooding.

“With a couple of serious hurricanes Florida would go bankrupt,” he says. “If I were a British bank I’d want to ensure the house I was providing the mortgage for was insurable – now and in five years’ time.”

And he’s worried we haven’t got the funding organised up front to ensure that the new homes are properly protected from the rising tide. “As long as the plans and the funding – that’s the important thing – are in place to defend. But it’s development on the cheap if you just allow it to proceed. As a community you’re going to spend a fortune.”

Long since out of the “enjoyable hurly-burly” of domestic politics, Roper is now fully focused on stopping the effects of climate change on behalf of the “billions” of people who will be affected.

He says he retains his passion, but you get a sense his jovial demeanour is less light-hearted than a kind of gallows humour. His parting message is particularly sobering. “I’m very pessimistic. We’re too late to stop suffering, and we’re too late to stop disaster, but it may be possible to stop catastrophe.”