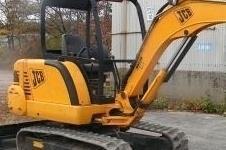 The emissions case against apartments, the inadvisability of airtightness, and queries over the smartness of smart meters – and of toddlers

That past is gone

A smarter use of smart meters

Surprise. What did anyone expect of an idea as obviously foolish as increasing air tightness in residential buildings?
Barry Reid

Terry please! Rogers steel and glass towers have no sense of place – they wouldn't be out of place in a suburban office park in the midwestern United States. Building these would be a huge mistake.
Captain Captain

A nice story but I don't believe a word of it. Having sold a few things on line, I've had this excuse thrown back at me before. People like to mess around on auction sites for no good reason and then realise too late they've gone too far.

What kills the credibility of this tale is that a 3 year old could successfully navigate through the auction stages successfully. This involves inputing figures into the correct sections and clicking on small check boxes in a precise order.

My daughter is three and big for her age. We play on a PC together but she struggles to accurately position a curser and left click. She is big for her age and quite bright but there is no way she would be able to 'search for toys on line' or really understand the concept of doing so.
Nick