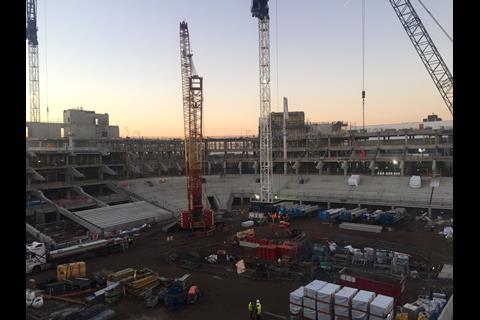 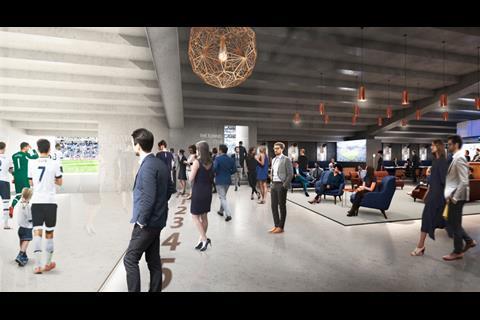 The Tunnel club will allow fans to see the players coming and going to the changing rooms. Members will be charged £19,000 a season for two seats with 104 seats available in total 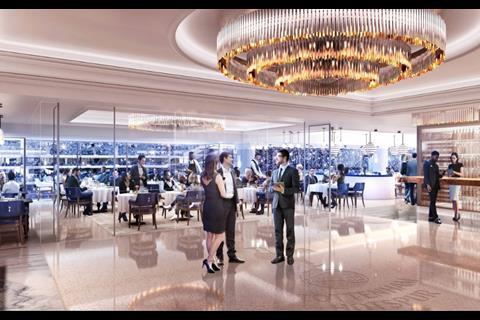 The H club will offer five versions of dining including Fine Dining and Brasserie. It will be open to just 88 members who will pay £30,000 a year for two seats 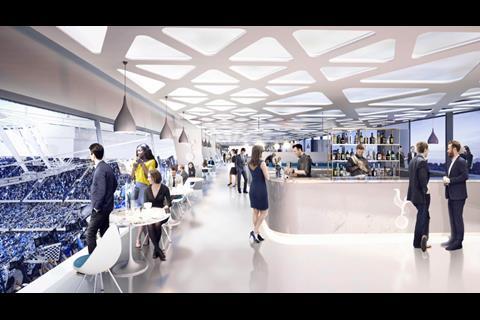 The Sky lounge will run the length of the pitch, corner flag to corner flag, on both sides of the ground 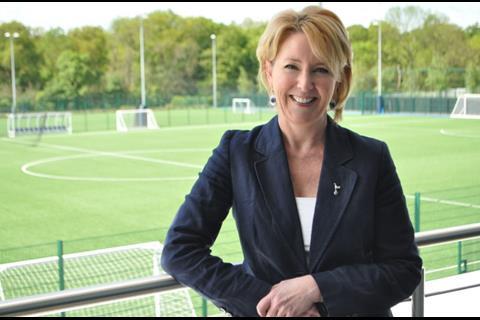 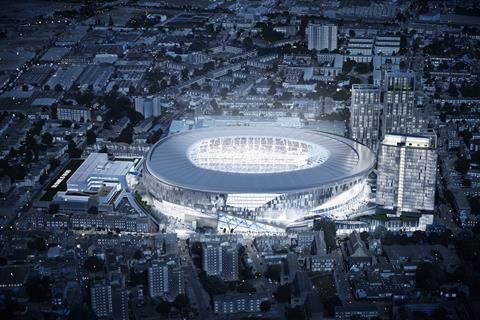 Club board due to make final decision on moving this March

Tottenham Hotspur has told Building it will be moving into Wembley stadium to play its home games next season with a final decision on when to leave its historic White Hart Lane ground due this spring.

Speculation has surrounded where the Premier League club will play next season while Mace completes work on its new 61,000 seat stadium on the site of its existing ground ahead of an August 2018 deadline.

Wembley has long been earmarked as Spurs’ favoured location although the club has so far not decided to officially confirm the move.

But the club’s executive director Donna Cullen said Tottenham has signed a heads of agreement with Wembley which is 13 miles away in north-west London and has a capacity of 90,000.

It is understood that Tottenham will make a final decision to leave its current home of more than 100 years this March before it starts sending out renewal forms to season ticket holders the following month.

“The intention is to look to go Wembley for one season,” Cullen said. She added that the club would only move once it was sure the build programme was on track, admitting: “We are being very diligent about it all. We’re just being extra cautious.”

The man in charge of the scheme for project architect Populous, Chris Lee, who also worked on Arsenal’s Emirates stadium, said the job was on schedule but the club said it does not want to begin demolition of its existing ground until it is absolutely sure its replacement is on time.

Cullen added moving out at the end of the season was also dependent on other factors such as work to upgrade nearby White Hart Lane station - to ensure it can cope with the thousands of extra supporters on match days - being done in time for August next year.

The club said it had looked at other options for its one-season relocation including the home of MK Dons, 50 miles up the M1, as well as a ground share with fierce rivals West Ham at the London Stadium in Stratford - but Wembley, where the club played its Champions League games this season, won out because it was the preferred option of fans.

Once the Tottenham board, which includes Cullen, gives the green light to leave this season ‘soft’ demolition - such as stripping out - of the existing ground is expected to begin immediately with work to tear down the main ground starting as soon as it completes its final game of this season, currently scheduled to be against Manchester United on May 13.

Two shifts a day are working over 14 hours a day at the site with around 800 workers currently on it with work being carried out on Saturdays and Sundays as well. Around 1,800 workers will be on the project when it reaches peak this autumn.

Mace has been working at the site since spring 2015 and has access to around two-thirds of the new ground with the remaining third of work - which is on space taken up by the existing ground - given over to the 17,000 seat South stand and the erection of the roof which will be carried out by Buckingham Group. German firm Schlaich Bergermann, which worked on a stadium on its home city of Stuttgart, has been hired to carry out the roof engineering.

Fit out of the general admission areas will begin this April but the more complex fit-out is due to be started by London firm Base and will include Tottenham’s H Club venue, which will be restricted to just 88 members paying £30,000 a year, and its Tunnel Club - which will allow fans to see players coming and going to the changing rooms. This will be restricted to 104 seats with fans being charged £19,000 a year.

Once demolished, the existing ground will be replaced with public space, a hotel and a sports hub which is expected to include a diving tank and climbing wall. Close to 600 residential units will be built at the site under a scheme designed by Allies and Morrison. A grade II listed building at the site, Warmington House, is being turned into a museum depicting local history along with the club’s.