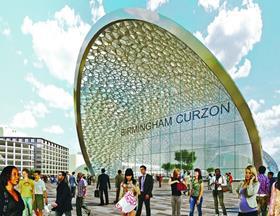 A highly critical Department of Transport report on the viability of HS2 has been released by the government.

The 2012 review of HS2 has been released under freedom of information, and confirms that officials believed then that the project was unaffordable.

Transport secretary Patrick McLoughlin had tried to fight anti-HS2 campaigners’ demands for the report to be released, but after a Supreme Court ruling earlier this year that Prince Charles’ ‘black spider memos’ had to be published, McLoughlin has backed down.

In the report, the Department of Transport said “the costs of this project are so large, and over such a long period, that it will not be able to afford it alongside all its other likely spending commitments.”

The Major Projects Authority report, compiled in 2011, was released just a day after the government said it will review its £38bn five-year spending plan over fears of cost and deadline overruns.

The MPA report details concerns regarding the estimated cost of £16.3bn for the London to Birmingham section of the high-speed rail link revealing that the figure was “in danger” of being mistaken for the expected cost of Phase 1 when in fact it was only a partial estimate and excluded items such as VAT, stamp duty on land purchases, escalation and inflation costs.

“Effectively, the £16.28bn figure appears to be the estimated costs prepared by HS2 for their part of the project.”

It is missing the other costs, prepared by the Department of Transport, which would, the report says, “give a complete picture…Without it there is a risk that the affordability risk, and the issue of where responsibility for this lies, is not properly addressed.”

External risks to the project are looked at with about “50% of affected landowners” having failed to respond to requests for access at the time of writing.

Public perception is also addressed in the report with concerns raised that the project will be thought be costing less than is actually expected giving rise to problems late on.

The high-level report continued to grade HS2 as amber/red, meaning that successful delivery of the project is in doubt, with major risks or issues apparent.