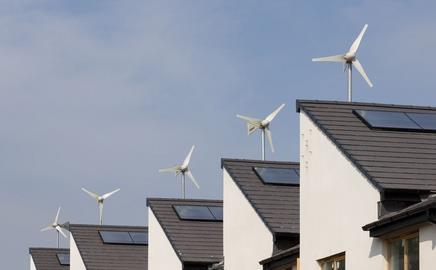 The government is standing firm over its decision to exclude the use of renewable energy provided through the national grid when it rates houses on sustainability.

Officials said this week that there were no plans to revisit the issue, despite the fact that Yvette Cooper, the housing minister, seemed to open the door to off-site renewables in her recent ruling over the so-called “Merton Rule”.

Building revealed last month that the Code for Sustainable Homes stipulates that only renewables produced on site or connected by means of a “private wire” to the house would count towards a reduction in a home’s carbon footprint. Experts question whether it is possible to build zero carbon homes in most places solely by relying on renewable energy generated on site.

The issue has been a matter of heated debate between the communities department and the Treasury, according to departmental sources. But last month the Treasury finally issued its own definition of zero carbon, which backed the communities department’s position. The Treasury will use its definition to decide whether a property qualifies for exemption from stamp duty. The changes to stamp duty rules were announced by Gordon Brown in May when he was still chancellor.

One sustainable development source said: “From a practical point of view, this is barking mad.”

Bill Gething, adviser to the president of RIBA on sustainability, said: “I don’t know what their motivation was, but clearly in the battle for the definition of zero carbon, the Treasury won. Ultimately, it will have to change.”