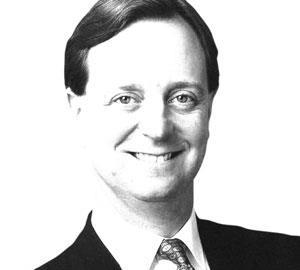 The government knew six months ago that it was likely to have to intervene in the PFI markets to avoid damaging delays, the man behind the multi-billion pound rescue package has admitted

Gordon McKechnie (pictured), the head of PFI and PPP policy at the Treasury, said this week the Treasury had been “working with departments and individual projects over the past six months” to establish ways in which the programme could be helped.

He said: “The wrapped bond market [a kind of insurance debt] had been gone for 15 months. And over the past six months, some banks had effectively withdrawn [from PFI].”

Speaking at a PPP financing conference, he said: “The debt element had become much more of a struggle. Terms had been tightening, the pricing had become more expensive and the process was lengthening.”

McKechnie said it had become clear that the government would not reach its target of closing £8bn of PFI projects in 2009/10 without some sort of intervention. “It’s safe to say we’d have fallen short of this schedule.”

He confirmed that the government had considered less drastic forms of assistance before committing to act as a lender. “We discussed making larger capital contributions and guaranteeing bank debt … but we needed something more systemic.”

McKechnie defended the decision to bail out PFI, which critics have said undermines the concept of the procurement method. He said: “We looked at starting again with conventional procurement, but that would have meant a one-to-two-year delay. It would make no sense at all to allow PFI projects to stall.”

He also insisted that the Treasury would only act as a lender of last resort. “This initiative is not intended to replace the role of the banks.”

How the Treasury's PFI rescue package will work

What funding is on offer?
The Treasury will loan money to cover senior debt, which is up to 90% of the cost of a PFI deal, if projects cannot get bank funding. It will not loan equity, meaning that the financial risk of overruns and delays remains largely with the private sector.

Where will the money come from?
Initially from underspend on capital works programmes across government departments. But the government will also need to increase borrowing.

Is there a spending limit?
None has been set. The Treasury expects it will spend between £1bn and £2bn in 2009/10 if market conditions remain the same. It is unclear if funds will still be available beyond then, but the Treasury has not ruled it out.

Will the Treasury sell on the loans once the financial markets improve?
Yes. It sees its intervention as a temporary measure to get the market going and envisages selling the loans prior to their maturing.

Will it offer a cheaper deal than the banks?
No. The Treasury is committed to asking for commercial rates, so that it can sell on the loans more easily when the market improves.