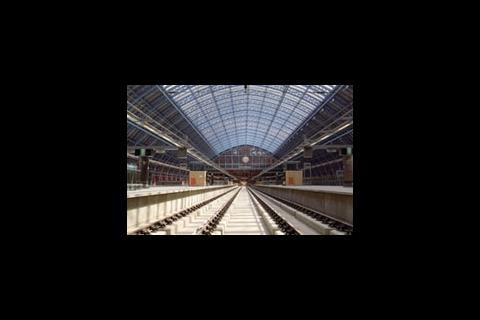 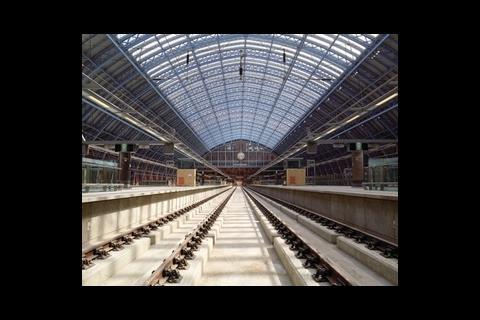 Until last week we all thought St Pancras was the ultimate smooth-running construction project. Then BBC 2 lifted the lid on the blood, sweat and tears behind the scenes

Are you ready for the next instalment of construction’s very own reality TV programme? For those of you who don’t know what I’m talking about, BBC 2 is running a six-part, no-holds-barred documentary this month of the last stages on site at St Pancras.

The first two episodes of The 800 Million Pound Railway Station have been gripping viewing, which is strange given that we know the story has a happy ending: a station that has been renovated beautifully, and has come in on time and on budget.

Perhaps it is the project’s success that makes it all the more fascinating to see the tensions and dramas that went on behind the scenes.

The most intriguing, if somewhat unhinged, character has been the chief architect, Alistair Lansley. At first his attention to detail, quest for quality and loyalty to Barlow’s legacy come across as admirable.

But when Lansley discovers the glass panels on the east side are two inches out of line his reaction is astonishing. The man is reduced to tears. We watch him phone a friend on his mobile, talking in hushed tones about resigning and, somewhat dramatically, cutting his throat.

Lansley’s great fear is not that “the man on the Clapham omnibus” will notice the error but that he will be ridiculed by his “peer group”. It’s funny, but in all the press coverage of the station’s grand opening I haven't read any architectural review that has picked up on the two inch discrepancy.

The programme-makers also have great fun with Claire Carr, an engineer on the project. A straight-talking woman from Northern Ireland, Carr has no qualms about referring to one of her subcontractors as “a lying bastard“.

Admittedly she is talking about Denis, the ceiling contractor who is three week’s behind schedule and who, when pressed to give an assurance the work will be done on time, says in stereotypical builder fashion: “I couldn’t commit m’self”.

It’s the kind of situation I’m sure is familiar to many viewers who have had the builders in, it’s just interesting to find it also happens on an £800m project.