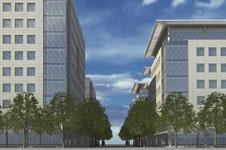 Two-thirds of construction SMEs think the worst of the slump is over, according to new data from insurance group QBE.

A survey of SMEs in May 2009 identified cautious optimism among firms in the sector and suggested that the tough decisions and reorganisation undertaken as a result of the downturn has left them better positioned for the upturn.

The data showed 65% of firms predicted stable or increasing sales turnover in the next six months, up from 47% displaying the same optimism at the end of last year. However, more than four out of five said the last six months were the worst they had ever experienced.

More than one in four, 27% of respondents, expect to have to make further job cuts in the remaining six months of the year - significantly higher than the UK average of 15%. This is a reduction from the 32% of the sector's SMEs that reduced the size of their workforce during 2008.

However, the data suggested that the recession had enabled SMEs to review their businesses and improve their operations. Fifty-nine per cent of building SMEs said they were now better placed to make the most of an upturn than a year ago, while 53% now run a more competitive business than prior to the recession.

Terry Whittaker, managing director of UK National, QBE European Operations, said: "Although it is clear that the downturn has posed considerable difficulties to SMEs in the building and construction sector, these businesses have withstood these challenges well. This leaves me confident that we will see a strong upturn in the sector, led by well run small businesses."