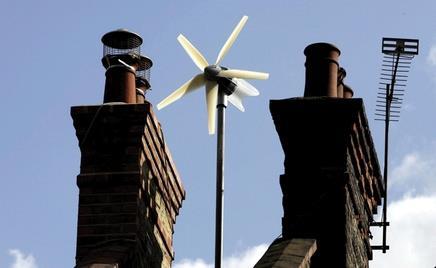 Last week, the government laid out plans to ensure 7 million homes had eco-upgrades by 2020. It said two-thirds of the cost would be born by the private sector, but the rest would be paid by householders using long-term loans linked to their property.

Building understands senior representatives of KfW, a state bank set up after the war, have been talking to UK officials in the past two weeks about how it has managed to organise more than 200,000 green refurbishments a year in Germany.

KfW offers reduced rate loans to householders, who carry out upgrades to certain standards. It raises the money privately, but is backed by the German exchequer, so is able to borrow cheaply. It claims to have permanently reduced Germany’s annual carbon emissions by 2.2 million tonnes since 2006, and created between 180,000 and 220,000 jobs a year.

A source close to KfW said Markus Shonborn, the bank’s vice president of housing product development, had been asked to London to explain the scheme.

We’ve looked at the KfW model. What we need is something appropriate for the UK

The Treasury declined to comment in detail on the nature of the meetings, but Ian Pearson, the economic secretary to the Treasury, said: “We’ve certainly looked at the KfW model. What we need, though, is something appropriate for the UK.”

The Homes and Communities Agency, which would have a role in co-ordinating refits to social homes, said meetings had taken place, but that there were several ideas for finding loan funding.

The news comes as speculation grows over whether chancellor Alistair Darling will unveil an “infrastructure bank” in this month’s budget.