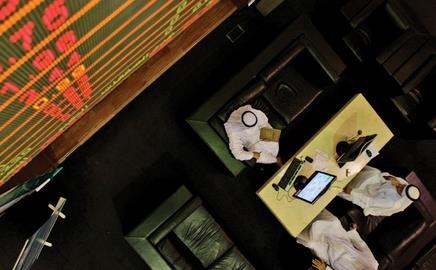 Construction chiefs have warned they will steer clear of Dubai until the emirate stabilises, as the latest debt crisis in the region spark fears of defaults on the £250m still owed to UK firms in the UAE.

The comments come in the week the Dubai government refused to guarantee the debts of its development arm Dubai World, whose projects include the $14bn World Islands development.

Nicholas Thompson, chief executive of architect Aukett Fitzroy Robinson, said firms were increasingly likely to bypass Dubai in their search for Middle East work. He said: “Dubai is over-provided with buildings; firms should be looking elsewhere. That market has had its day.”

The Middle East director at another consultant added: “The appetite is waning. People are going to tire of Dubai and go elsewhere, which will not help the economy recover. They will be cautious about going back again.”

Roger Smee, chief executive of Qatar-based fit-out firm Real Office Group, who has worked in the region for decades, said firms would “tread more carefully”. He said: “No sane person thought the bubble wouldn’t burst one day, but I think it will be horrible for a while and ambitions will be curtailed enormously.”

He added: “Qatar is the new smart kid on the block now. It is like a Bentley compared to the Dubai Maserati.”

Firms should be looking elsewhere. That market has had its day

Last week, global financial markets tumbled after Dubai World, whose subsidiaries include Nakheel and Limitless, asked creditors for a six-month standstill on its £35bn debt pile. On Tuesday, it revealed plans to restructure £15.8bn of debt.

Meanwhile, on Monday, the Association for Consultancy and Engineering (ACE) wrote to Lord Mandelson reiterating demands for help to its members trying to recover debt in the emirate. The move came a week after the business secretary is said to have pushed the case for prompt payment at a private meeting with Dubai’s Sheikh Mohammed bin Rashid al-Maktoum in London.

Nelson Ogunshakin, the ACE chief executive, said: “We wanted to remind him that the situation at the moment is concerning and we need to maintain momentum.” It follows a previous letter sent by the ACE to Mandelson in April.

News of further turmoil caused concern among firms that had struck deals with Nakheel to recover a reduced amount of the money owed to them. Rob Smith, senior partner at Davis Langdon, said: “It will get worse. Almost everyone has struck a deal with Nakheel and everyone hopes it recommences payments soon.”

As recently as October, there was talk of a recovery in Dubai as Nakheel said work on the World Islands would start in November. But this week industry figures said they feared matters would deteriorate in the wider area as people waited for the dust to settle and Abu Dhabi concentrated on rescue plans for Dubai.

Philip Youell, the chief executive of EC Harris, said: “There will be a further slowdown. This is another reason for them to temporarily hold back on projects.”