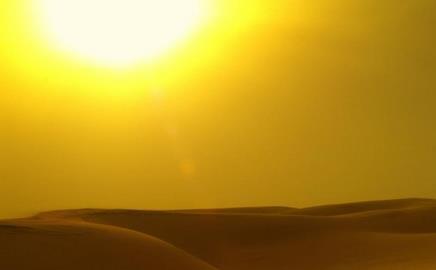 With climate resilient development a must for the next half century, EU funds a push for tools and information sharing

UK planners are set to learn how to cope with rising temperatures after winning millions of euros in EU cash. The money will go towards helping share information between the nine member states taking part.

If a predicted rise of two degrees centigrade by 2050 comes true, Britain will benefit from understanding how Mediterranean countries cope with keeping urban areas green and infrastructure intact. Greece and Sicily are among the participants. 14 partners will develop the scheme, sharing the money between all states.

Kate Henderson from the Town and Country Planning Association (TCPA) who helped lead the project from the UK, said it was time to look at the effects of global warming as well as its mitigation.”

“This is all about raising the profile of adaptation. While most of the focus has been on the – hugely important – area of preventing climate change and renewables, we need to learn how to adapt development to the rises in temperature that we are definitely going to see.”

Henderson said the money would fund

We will definitely see a two degree rise. This is all about raising the profile of climate change adaptation.

• Developing a climate change adaptation tool which local planning officers can incorporate into their plans.

• Looking at the role that stakeholders play in planning and long-term management of green areas.

TCPA head, Gideon Amos, said: ““We are delighted that the GRaBS project has won funding from the EU INTERREG IVC Programme. Urban areas are vulnerable to increased temperatures and flooding. Regional spatial planning and urban design can provide solutions that make our communities less vulnerable to these risks.