Ecobuild latest: Lack of clarity on regulations for non-domestic buildings is holding back the supply chain, report by the UK Green Building Council finds 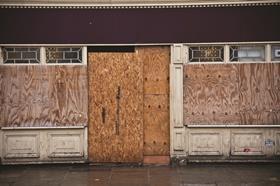 The government’s “stop/start” implementation of zero carbon policy for non-domestic buildings is damaging investment in the sector, a report by the UK Green Building council has concluded.

The government has committed to introduce the zero-carbon standard for non-domestic buildings from 2019 – a year earlier than it is required to by European law - but has not, as yet, defined exactly what it means by zero carbon for these buildings.

Its implementation of Part L 2013 – the part of the building regulations which governs energy usage and a key stepping stone on the way to introducing regulations requiring homes and non-domestic buildings to be zero carbon – is six months behind schedule.

The UKGBC report, drawn up by a panel of construction and property experts, said that government’s policy lacked “clear direction” and therefore the “supply chain are not in a position to move forward in unison in order to innovate and deliver competitive solutions”.

The launch of the report was accompanied by a letter to communities minister Stephen Williams (published below), signed by 21 industry leaders, including the managing director of Balfour Beatty Construction Services UK, and the bosses of Carillion and British Land, calling for a “clear policy steer” fomr government on zero carbon.

But that this was being “jeopardised by the nature of the recent implementation of Part L of the building regulations”.

It said: “The stop/start nature of policy implementation, with delayed announcements and incremental improvements which significantly varied from the original consultation options has been unhelpful for the industry.

“This in turn has failed to motivate investment into innovation or enable the industry to position the UK as a leader in efficient construction skills and technologies.”

Sarah Cary, sustainable developments executive at British Land, who chaired the group that wrote the report, said zero-carbon policy for non-domestic buildings had been “neglected” by government.

She said lack of certainty made it difficult for British Land and other developers to design developments. “We are well be looking at renovating building when their leases come up in 2017-18. We don’t know what we are going to need to build.”

Cary added that late changes in regulations could mean that community elements of schemes or affordable housing provisions would need to be scaled back.

It also recommended that the energy usage of a building should extended to include a greater breadth of building services than it does currently, including lifts, escalators and over-door heaters.

The report also said that unregulated energy, such as computers and other plugged-in equipment; and embodied carbon, should be included in a building’s energy usage at some point beyond 2020.

The signatories to this letter represent a broad range of stakeholders, both large corporations and SMEs, who will be responsible for delivering ‘Zero Carbon’ buildings from 2019, as per the Government’s stated ambition.

We believe there is a very strong economic case for establishing a robust definition of Zero Carbon for non residential buildings as soon as possible. The industry stands ready to invest in innovation to meet higher standards, but the lack of a clear policy framework means that current efforts are fragmented and disparate, creating inefficiencies and the loss of global export opportunities.

The UK construction and manufacturing sectors already have an existing competitive advantage in this sphere thanks to Government policies like Zero Carbon Homes 2016. The estimated cost of delivering Zero Carbon homes has halved in three years, representing a fraction of the estimated costs compared to when the target was launched in 2007. This reduction in cost is in large part due to industry investment in skills and product innovation, enabled through having policy certainty.

The knowledge gained from preparing for and meeting higher regulatory standards in the non residential sector will provide UK businesses with a global export growth opportunity. The Low Carbon Innovation Co-ordination Group (LCICG) estimates that innovation in non-domestic buildings could help create export opportunities that could contribute an estimated £1.7bn to GDP to 2050.

We believe there are real business benefits, both UK and global, to policy certainty in this area, and we would be delighted to work with Government on creating a shared roadmap to 2019 and beyond.