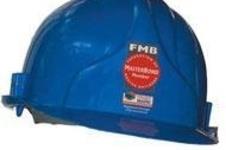 Construction union Ucatt has hit out at the Health and Safety Executive’s handling of its decision to scrap laws requiring construction workers to wear hard hats saying it is “placing workers in danger”.

The union claims the HSE has “broken promises” to raise awareness of new regulations that came into effect over the weekend, which the union says are less prescriptive.

From Saturday 6 April the Construction (Head Protection) Regulations, requiring construction workers to wear hard hats, were revoked but employers still must comply with the Personal Protective Equipment Regulations, which cover the provision and use of head protection on site.

He said the HSE had undertaken to promote the change in regulations to ensure all firms knew provision and use of head protection was still needed.

But in March the HSE said it was merely “seeking support from industry to deliver the message about the continuing need to provide hard hats”.

Murphy said: “Workers who are being placed in danger need to be told whether this is a result of HSE policy, as a result of a lack of resources or because of government intervention.”

The HSE said the changes “did not compromise essential health and safety protections” and would “make the legislative framework simpler and clearer”.

It added: “HSE is taking action to raise awareness of the changes. This includes working with the construction industry (particularly small contractors) to ensure that it understands the continuing need for employers to provide hard hats and ensure they are worn on construction sites. Hard hats remain vital in protecting construction workers from head injuries.”