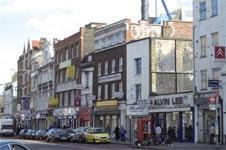 Council funding for RegenCo, the company behind Will Alsop's Public space, has been withdrawn

The urban regeneration company, behind Will Alsop’s Public, the multi-use arts space in West Bromwich faces closure next year after a local council withdrew its £300,000 annual funding, according to reports.

Sandwell council said it would cut funding for the West Midlands-based RegenCo from March 2010.

It faces similar slashes in funding from the Homes and Communities Agency and regional development agency Advantage West Midlands. Neither agency would commit to funding beyond March 2010.

Sandwell council said that it would take over the work previously carried out by RegenCo.

Urban regeneration companys were established following a government report in 1999 to provide a clear, single vision for a local area.