Tories pledge to back regeneration schemes 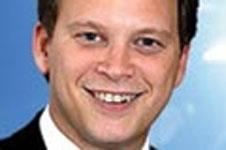 The Conservative party has pledged to persevere with regeneration schemes including the housing market renewal pathfinder initiative should it win the next election.

Grant Shapps, shadow housing minister, insisted in a keynote speech at the RIBA today that a Conservative government would "kick start street-level initiatives" to build new houses, despite reports at the weekend it had written to Tory councils advising them to delay controversial developments.

He said the Tories would persevere with programmes like housing market renewal pathfinder, introduced by the then Office of the Deputy Prime Minister in 2004 to stimulate housebuilding in deprived parts of the North and Midlands.

He said: “Instead of regeneration flowing downwards, we'll encourage development at parish, ward or even street level,” he said. “The emphasis will shift from decent homes to decent neighbourhoods.”

Shapps, however, confirmed the scrapping of Prescott's targets for housebuilding including density targets, and housing numbers targets contained in regional planning documents, attacking the current administration's "Stalinist" approach to housebuilding. Shapps said that in the face of wide-scale intransigence to development at a local level they would introduce incentives until local organisations were encouraged to build.

To developers concerned about the increased power of local authority planning officers, Shapps said that the Tories policy would create "a virtuous circle". "What I'm proposing is to make local decision-making really matter. It's going to have a real impact on your local neighbourhood. And once you've given people something to vote for they will vote." he said.

At the event Shapps also distanced the shadow cabinet from previous Tory governments. “It has perhaps been too tempting for previous governments - including Conservative administrations - to try to oversimplify solutions; finding it easier to identify or even blame a specific group, than to propose solutions to complex social problems,” he said.