11
View from the rooftop
News

View from the rooftop 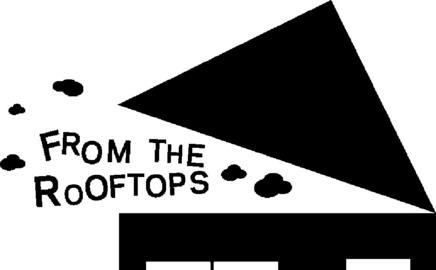 Andrew Mellor, PRP Architects’ green guru, is confident we can build zero-carbon homes. But if we are going to put up 8 million of them, there might be a few issues to iron out along the way …

Can zero-carbon homes be achieved? That’s the question that’s consuming the housebuilding industry, but the answer is a simple one: of course they can. Just look at European countries such as Germany for examples. The difficulty is that such development is not the norm in the UK and, until now, there has been no demand for them. That is why we don’t have the immediate skills and expertise to deliver such a quantity of zero-carbon homes – 8 million by 2050 in England alone, according to the government’s proposals. There are a lot of issues that will need to be considered if we are to get anywhere near that figure. Here are a few to start with …

It’s not just about buildings

How do we combat hotter weather?

Ironically, one of the main effects of climate change – global warming and its contribution to overheating buildings – is not being considered. Met Office scientists predict that European heatwaves could become hotter by 4-10°C. In the UK alone, severe heatwaves now happen about once every 20 years, with an increase predicted.

Overheating will become one of the biggest issues for architects if air-conditioning units in homes are to be avoided. Under government proposals, it will be considered within the proposed 2010 amendments to the Building Regulations. English Partnerships’ new design and quality standards include the prevention of overheating.

Taking solar gain into account will change the appearance of homes, and the possibility of exploring new materials and design paradigms is exciting. We are starting to see new roof forms and external shuttering systems being used. We must also consider reducing solar gains and how to provide privacy to balcony areas.

The methods of reducing overheating must be considered earlier, particularly when selecting construction systems and reducing temperature fluctuations. Almost 35% of PRP’s projects are timber frame, a system that does not incorporate thermal mass. There are ways of providing thermal mass in lightweight-construction systems, such as product manufacturer DuPont’s phase change system, which we used for the Stewart Milne Group’s BRE Sigma Home. This is a laminated aluminium panel, containing a copolymer and paraffin wax compound. Installed on the interior walls and ceilings, behind the plasterboard lining, together with a mechanical ventilation system, the panels absorb and release heat.

When designing zero-carbon homes, consider the impact on internal layouts. At the moment we are reviewing methods and products that could minimise wall thickness. Insulation products with higher thermal properties than the usal mineral fibre reduce the thicknesses required but have a cost premium attached, which should be considered against the increased floor area or reduced building footprint. Roof-mounted technologies are likely to affect the pitch of roofs and in higher density projects must be carefully considered because of the reduced roof area.

Orientate roofs in a southerly direction to maximize daylight to roof-mounted technologies. For example, our design for EP’s Hanham Hall zero-carbon development had south-facing monopitch roofs which maximised the south-facing area.

An end to ‘build and sell’

Some of our clients are already considering now how they might build zero-carbon dwellings by analyzing a built or proposed scheme to understand what would have to be done to achieve a Code for Sustainable Homes level six rating. Others are building homes to the higher levels of the code to enable them to understand its technical and cost implications before it becomes mandatory.

Significantly, some clients are already taking a longer-term view to sustainable housing, rather than the “build and sell” model, so as to address issues of management and long-term investment. These clients share common approaches that set them apart. These include:

Of course, there is another complication. The definition of zero carbon is likely to be very different in five years’ time – even more so by 2016. Take the issue of using off-site energy generation to offset carbon emissions. Three months ago, this was applicable; now it is not, unless there is a private wire or heat main connection, which rules out many sites. The government could, however, revert to its former position in the near future. Certainly, it is hard to know how we, within the industry, are meant to hit such a long-range target when every time we look up the goalposts have moved.