VolkerFitzpatrick is understood to have picked up the first major package of works on the £1bn redevelopment of Chelsea’s Stamford Bridge ground. 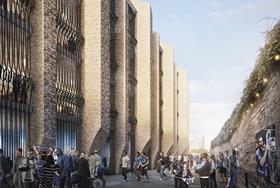 The firm is preferred contractor for the enabling works contract which is centred on rail works and carries a pricetag of around £95m.

Building understands the firm, which is part of the larger Dutch-based VolkerWessels group, beat Keltbray and Bam Nuttall to the deal.

It will include piling and diversion works and will see decking platforms built over the District line to the north west of the stadium and a mainline railway used by Southern trains to the east.

Work is expected to get underway this summer by which time a contractor to tear down the club’s existing Stamford Bridge ground is due to have been appointed.

As well as demolition, the contract is expected to include excavation, basement and piling and substructure work.

A main contractor is not expected to be appointed until next year but it is understood the FA Cup semi-finalists have been talking to Sir Robert McAlpine, Mace and Multiplex about the deal.

It is also believed to have been sounding out Google headquarters builder Lendlease about the work. “Lendlease are pushing quite hard on this,” one source said – underlining the firm’s return to bidding for major projects which it signalled with last year’s Google win.

The west London club wants to replace its existing 41,600 capacity ground with a 60,000 seat development that has been designed by Swiss architect Herzog & de Meuron, putting the capacity of the new ground on a par with Arsenal’s Emirates stadium

The wider project team for the job includes Arcadis as cost manager, WSP as transport consultant with the firm also providing engineering services along with German structural engineer Schlaich Bergermann which has worked on stadia at the last three World Cups.