Vote Remain for sake of our cities, say architects 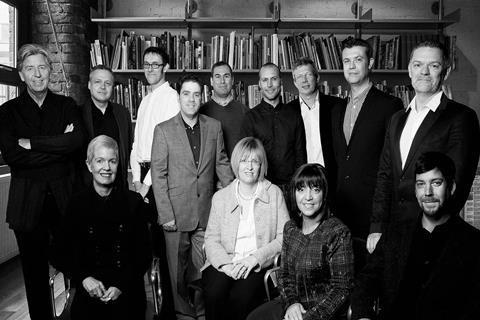 The success of our towns and cities depends on Britain remaining in the EU, architects Ian Simpson and Rachel Haugh claimed today.

The founders of Manchester practice SimpsonHaugh & Partners issued a passionate statement in support of the EU ahead of Thursday’s referendum.

Without access to European staff and projects it wouldn’t be the “thriving architectural practice we are today”, the pair said.

“With Britons and Europeans free to travel, study and work across the EU, the collective knowledge base, understanding and passion has strengthened, providing us with an enriched talent pool to choose from,” said the statement.

The varying cultural experiences converge in a melting pot of ideas and inspiration, upon which the successful future of our built communities and place-making depends

But being part of the EU had far wider-reaching implications than the success of individual architectural practices alone, they added.

“The varying cultural experiences converge in a melting pot of ideas and inspiration, upon which the successful future of our built communities and place-making depends,” they said.

“Non-British EU citizens currently make up 20% of SHP staff. Leaving the EU would rob us of the cultural diversity and exchange that contributes to producing great architecture.”

Simpson and Haugh begin their statement with a quote from that letter and ended it by declaring: “Together we are stronger.”

They said common procurement rules and trade regulations, as well as access to overseas markets, had made it possible for their practice to expand its portfolio, enriching its staff’s experience.

SimpsonHaugh & Partners, which is best known for its UK projects such as Manchester’s Beetham Tower, is currently completing a 2,000-seat concert hall and home for the DeFilharmonie orchestra in Antwerp.

The statement also praised the EU’s anti-discrimination laws which had ushered in “important challenges to traditional inequalities in the UK construction industry”.

The attrition of women architects as their careers progress was a problem “best coordinated and established with our European counterparts”, they argued.