Wates cracks £1bn but warns of tough year ahead 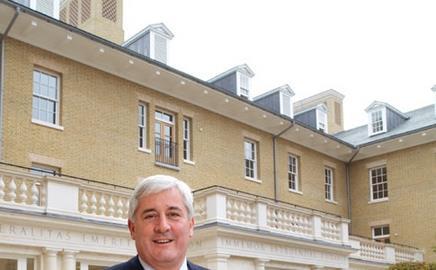 Wates has broken through the £1bn-turnover barrier for the first time in its 111-year history.

Paul Drechsler, the chief executive of the family-owned contractor, said the target had been hit a year ahead of schedule.

Wates joins a group of about 10 firms in the £1bn-plus bracket, including Kier, Laing O’Rourke and Balfour Beatty.

Drechsler said: “The goal we set in 2004 was £1bn turnover by 2010. It’s an important milestone but the key is not the size of the business but the profitability.”

Despite the rise, Drechsler conceded that profit margins would come under pressure this year as the recession deepened, although he said the company would not chase work at any cost.

There are some companies out there pricing jobs at ridiculous levels

“In an industry where the average margin is 2.5% in the good times, there are some companies out there pricing jobs at ridiculous levels. We won’t do that and have lost several jobs by a price difference that an O-level student could see was untenable.”

He said companies submitting low bids in an attempt to win work could do long-term damage to the industry. “You know that in 12 or 24 months the outgoing price for some jobs will bear no relation to the ingoing price despite all the good advice the industry had from the Latham and Egan reports.”

Elsewhere, he said the company was looking at opportunities in the Middle East, although he stressed that it was not poised to sign any deal. He said: “We’ve appointed our Midlands managing director Matthew Kennedy to find the right partner in the region.”

He suggested Abu Dhabi was the primary target given the fact it has “more certainty and resources” over the long term. “I don’t underestimate the capacity of the Middle East market to recover. It’s all about finding the right partner, though. If we did go in it wouldn’t be gently because of the scale of projects.”

The company ended the year with £170m in the bank. Drechsler said: “The camel has enough water in its hump to keep going but this is a multi-layered and multi-faceted recession.”

He added that it was unlikely Wates would get through 2009 without redundancies, although he could not give numbers.

More on Wates and Paul Drechsler at www.building.co.uk/archive