Wates jumps into the lead with £272m in contract wins 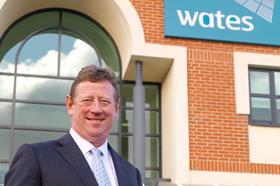 Wates shot to the top of the contractor league table last month, with a contract haul of £272m.

The firm’s 15 contracts included a £115m housing maintenance contract for Wolverhampton Homes, as well as £35m batch of schools through the Priority Schools Building Programme in Coventry.

Vinci, Bam, Laing O’Rourke and Morgan Sindall made up the top five in both contractors’ league tables (including and excluding civils), with Interserve and Willmott Dixon the biggest movers.

Interserve’s £83m haul, which included £70m job to build a new engine manufacturing facility for Jaguar Land Rover in the Midlands, saw it soar from 45th place last month to 6th in the league table including civils.

Willmott Dixon rose from 22nd last month to 7th, on the back of a £83m haul that included a £40m mixed-use development for Rise Road Developments in Ascot.

Overall the CPA/Barbour ABI construction index dropped to 112 last month, down from 113 in February.

Noble Francis, CPA economics director, said the fall indicated that contract awards dropped during bad weather in March. “There is no getting over the fact that the first quarter as a whole was bad. In Q1 the index was 111, which is 10% lower than a year earlier,” he said.

“This will mean that we see some pick up in the second quarter but prospects for the year are not great.”