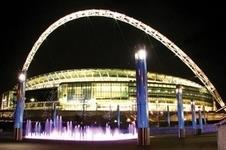 Legal dispute with Multiplex pushed steel contractor £17.7m into the red in 2007

The Wembley Stadium legal row with Multiplex has blown a £18.3m hole in the accounts of steelwork contractor Cleveland Bridge UK (CBUK).

Turnover was £26m after the exceptional £11m contract writedown.

The dispute centred on the steel specialist’s £60m subcontract for steelwork, including the stadium’s arch. CBUK was found to be in breach of contract for walking off the project in 2004 following a dispute over payment.

In September, at a hearing that had been expected to conclude the four-year battle, Judge Jackson ruled that CBUK owed Multiplex £6.15m in damages for breach of contract, overpayments and interest. Multiplex had been seeking up to £25m.

Despite a warning from Jackson that the parties had “cycled over the edge of a precipice into an abyss” by continuing to fight each other in the courts, it is understood that CBUK is appealing up to five points in the judgment.

The dispute is one of a series of actions over the Wembley project. The stadium was completed a year late in 2007 at a cost of £757m, compared with an original guaranteed maximum of £458m.

The photocopying bill for trial was revealed to be £1m earlier this year.