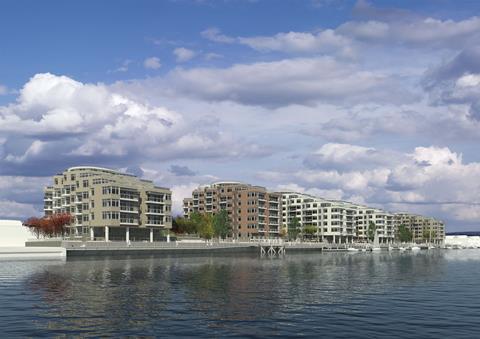 A mixed-use scheme by architect CZWG in West Sussex has been given the green light by local planners.

The scheme on Shoreham’s river Adur is being developed by housing association Southern Housing Group.

Work will involve building 540 new homes, 30% of which is ringfenced for affordable housing, split across 10 new buildings, ranging from four to nine storeys.

In addition, 2,774m2 of commercial space will form part of the development, alongside 512 car parking spaces and 596 cycle spaces.

Called Free Wharf, the scheme is being built at a disused wharf at the seaside town previously used to unload aggregates.

CZWG has been asked to prepare tender information with work on site starting this autumn.