Westfield's Peter Miller: Would you like to work for us? 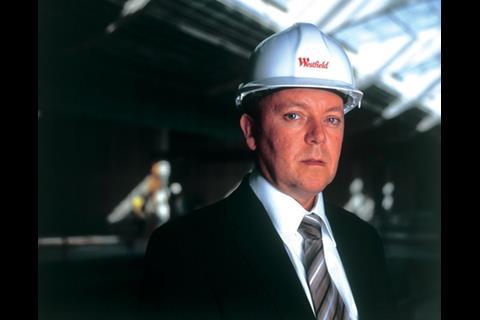 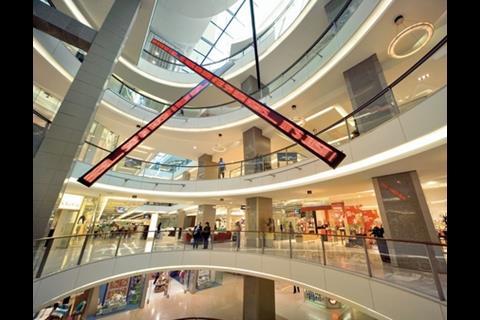 Westfield owns 121 shopping centres around the world. Among the jewels in its collection are the 130,000m2 Bondi Junction in Sydney. 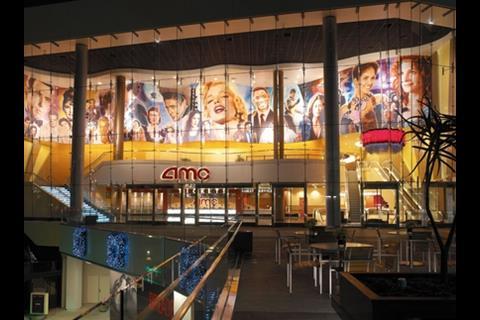 The elderly Century City mall in Los Angeles, which has just had a £70m makeover. 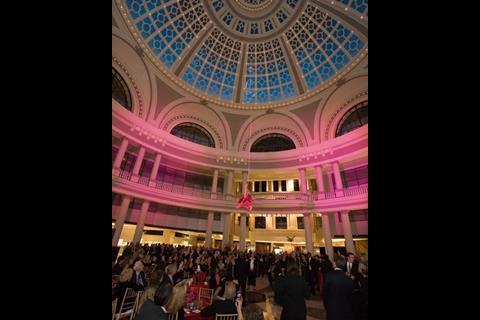 That chap over on the right is Peter Miller, and he’s a big cheese at developer Westfield. Peter has a lot of work on his hands, and so he’s cunningly turned a regular interview into a recruitment advert aimed at you, dear reader. Katie Puckett listened to the pitch. And on page 52 we look in detail at the developer’s White City mega-mall

Building wanted to meet Westfield to find out about its plans for the Olympic village site in Stratford – and what exactly the UK construction industry could offer the Australian developer-contractor that seems to have everything.

But now we’re here, Peter Miller, director of development, design and construction, is more concerned about delivering a sales pitch to any readers who might have itchy feet. Miller, the owner of the firmest handshake I’ve ever experienced, is in the middle of a recruitment campaign and he’s looking for, well, just about anyone really. “We’ve got enough people now to start the Stratford project, but we’re looking for well over 100 over the next 12 months,” he says. “We want construction people, engineering, all the technical and delivery personnel.”

The unusual thing about Westfield as a client, and the reason for the recruitment drive, is that it does everything itself. “We’re effectively an investor, but we follow that right through the implementation process all the way to completion and beyond, and we fund manage and asset manage the completed schemes,” explains Miller. “We’re the client, we’re implementers and we’re end users. We create our own opportunities. We’ve got a continuing, growing pipeline of work.”

The world’s biggest shopping centre developer, Westfield has been working in Britain since 2000 and employs 600 people in the UK: architects, engineers, project managers and construction managers. It also has its own legal, leasing, marketing and finance staff. Miller’s term for this is “vertically integrated”.

“We’re in control of our own destiny. That doesn’t mean we don’t use external expertise – we outsource a tremendous amount. We try to manage peaks and troughs. We use external architects and engineering firms and subcontractors to do specific tasks, and planning consultants, specialist design consultants.”

This has been Westfield’s model since it was founded in Sydney in 1960. It has more than 4,400 staff worldwide and owns and manages 121 shopping centres, in Australia, New Zealand, the US and the UK. In 2006, it had AUS$60bn (£25bn) assets under management and 15% of this was in the UK. By 2017, Miller says it wants to increase this to a third of its revenue.

It landed on the UK scene when it bought a 75% stake in the Broadmarsh centre in Nottingham from Hermes seven years ago. Later in 2000, it took over six shopping centres from MEPC. In December 2004, it bought Chelsfield’s portfolio, including the £1.6bn Westfield London development in White City, and the 180-acre Stratford City site. Its development pipeline over the next 10 years amounts to £8bn.

So far, though, it has almost finished its first UK project: a £340m redevelopment of the old Eagle Centre to become Westfield Derby. All of its shopping centres are given the company’s name and it will be interesting to see how this goes down in a British market where people have strong attachments to their local centre and the debate about “clone towns” flares up every few months.

Its second UK project at White City will be largely completed by October 2008, and it has submitted a masterplan at Stratford. Construction is also ready to go, pending prelets, on a handful of sites around the country (see box, below).

When Westfield Derby opens in October, it will be six months early, despite dramatic changes to the design after construction had started. This was only possible, says Miller, because it was acting as its own design-and-build contractor. “We go to enormous lengths to improve the product throughout the process. Under normal circumstances in a retail development, you’re constrained because you’re dealing with an external builder. We’re a lot more dynamic, we can optimise returns and be more responsive to our retail customers.

“Halfway though the project, Showcase Cinemas came to us and said, ‘We’d like to put a 12-screen Multiplex cinema, over 7,500m2, into your scheme.’ We were out of the ground building the structure. Under normal circumstances, a developer wouldn’t even have contemplated asking the contractor to consider this, but we’ve integrated the cinema and it hasn’t affected the programme.”

When Westfield took over White City, its fellow Australian Multiplex had already been employed as contractor and had started onsite. Westfield bought out Multiplex’s contract, took on more than 70 of its site staff and made major changes to the design.

Miller says the decision was made to bring White City in line with the Westfield business model, but with the construction of Wembley incomplete and the court battles raging, he was also uneasy. “We felt that if we’d carried on with Multiplex, we would have been exposed to cost and programme issues. Our approach is to employ people who are local and know the market; the Multiplex approach is somewhat different. I’m not saying that theirs is less successful but ours is working for us and the proof is in the pudding.”

In the UK market, you have to be very good at what you do, very tenacious, very proactive, very driven in order to be successful

Westfield spent 20 years studying the UK market, says Miller, waiting for the right opportunity. Multiplex, in contrast, landed and went straight for the most famous project in the country. Westfield prefers to keep a lower profile, sometimes interpreted as secrecy. “We’re not secretive,” corrects Miller. “We don’t go out there and beat our chests – we get on with it, we do our job.”

The two firms do share a certain arrogance, although it is perhaps more understandable from Westfield, given its size. “We’re at the cutting edge of the business we’re in,” says Miller in his next breath. “We’re the only company globally that’s expanded successfully internationally, with its business model operating in a number of different continents. I can’t think of a company that’s operating on the scale that we are in as many markets.”

As he explains all this, there’s something not quite right about Miller’s Antipodean twang. In fact, he’s a South African who has worked for the firm for 13 years, but he went to school in London. This was followed by a BSc in construction management at what is now Southbank University, and then several years of work in the UK. After five years in development for Westfield’s Australian business, the 42-year-old arrived to take up his post in the UK on Christmas Eve 1999; the Derby development didn’t start on site until November 2004 – ample time to get to know the market.

The UK market, Miller believes, is more challenging than anywhere else they work – and there’s much more work for lawyers. “There’s a greater reliance on the legal fraternity because some of the processes are so complicated, you can’t rely on yourself to validate it. You always need to get a legal opinion on everything you do, which tends to prolong projects and make them more complex. On the positive side, it’s very intellectually stimulating. You have to be very good at what you do, very tenacious, very proactive, very driven in order to be successful in this market.”

So what can the UK construction industry offer Westfield? “There are immense opportunities for consultants’ practices and contractors or subcontractors to come and work for us,” promises Miller. “We don’t do everything ourselves, we rely very heavily on the professions. We don’t profess to be specialist, we’re using the full gamut of professional services.”

It might be a coincidence, but the one specialism Miller never mentions without prompting is quantity surveying, although it is reputed to have become more receptive to the QS’ art over the past year or so.

“We do use QSs for various purposes,” says Miller. “Because we have joint-venture partners for most of our schemes, we bring in an employer’s representative or independent QS to vet costs and quality and implementation. They’re overseeing what we’re doing and reporting back to our joint venture partners. It’s gone relatively smoothly. We see it as a positive thing, because they contribute to the process and it makes the approval process more streamlined.”

Westfield is very definitely a shopping centre developer, but in the UK market mixed-use schemes are becoming the norm. Stratford, one of the most diverse developments in the country, includes housing, hotel accommodation, offices and leisure. Would Westfield consider branching out? “We might build the shell and envelope but have a joint venture with a housebuilder who could come and do the fit-out and sell the houses. The same with the hotel and the offices. It’s not something we’re averse to – our San Francisco scheme has an office component and Bondi Junction in Sydney has two office towers. A lot of our upcoming UK schemes have mixed-use elements.”

Miller is in no doubt that Westfield has the capacity to build such a massive development as Stratford City, however. “Westfield has an enormous capacity to be able to do pretty much whatever’s thrown at it. We’ve risen to the challenge – only nine months ago, we were building just Derby. The majority of our staff are new. From a standing start we took over the project at White City and we’re building up to do one of the largest regeneration projects in Europe at Stratford City.”

With that, he’s back to the recruitment patter and why, in a market where almost every skill is in short supply, people should choose to work for Westfield. “Recruitment is a fundamental challenge for anyone in the construction industry,” he concedes, “but fortunately we’ve got very exciting projects and a fantastic track record in construction.

“The door’s definitely open for people who are looking for a rewarding challenge … fantastic succession opportunities. Opportunities are limitless for anyone who’s motivated and wants to succeed …”

We get the message. As the interview draws to a close, Miller is very keen that we include the address of Westfield’s recruitment website. Shall we? Go on, then …

If you do want to take Peter up on his job offer, go to www.westfield-uk.jobs