10
What you need to worry about
News

What you need to worry about 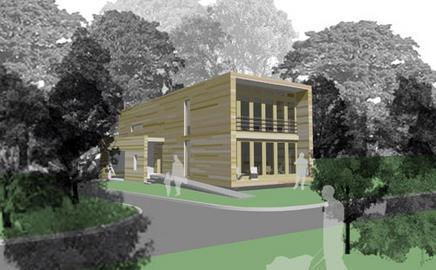 A quick round-up of the new rules …

This is a national standard that sets out six increasingly demanding levels for the environmental performance of new homes. It is based on the BRE’s EcoHomes rating system, which it replaces this month. Technical guidance on conforming to the code is about to be published.

The code sets out minimum standards for energy and water use, surface water management, site waste management, household waste management and the use of materials. All the levels are higher than Building Regulations, for example, level one requires 10% better energy performance than 2006 Part L of the Building Regulations, and level five is set 100% above Part L: in other words, there should be no emissions from heating, hot water, ventilation and lighting. Level six is zero carbon: the home will have to generate power for all its appliances using zero-carbon technologies.

The standards for future Building Regulations revisions will be based on the code. Initially it will be voluntary for everyone except registered social landlords, who will have to build to level three. At present they have to build to the less onerous EcoHomes “very good” rating. Ultimately, the code could become compulsory for all new homes.

Part L of the Building Regulations

The current version of Part L, which is called “Conservation of Fuel and Power”, came in to force last April. It sets out energy standards for all types of building.

There are four elements to Part L. L1 A covers new dwellings and L2A covers new non-dwellings; L1B cover existing dwellings and L2B cover existing non-dwellings. The main change from the previous 2002 version is that whole-building carbon emission methodology must be used to calculate compliance. Previously, compliance could be achieved by ensuring that building elements met minimum performance standards.

Compliance must be calculated using approved software: SAP 2005 for dwellings and SBEM for non-dwellings. A building that meets the new Part L requirements should be responsible for 25% less carbon emissions than a building that conforms with Part L before 2002. The targets vary according to the building type. Pressure testing is mandatory for all buildings.

This enables local authorities to demand that a percentage of a building’s energy requirement be generated from onsite renewables as a condition of planning. This is typically 10%, although some authorities are demanding as much as 20%. Application of this is variable across the UK, with local authorities in the South-east making the running. PPS1 may direct councils to demand a 10% contribution from onsite renewables if it is adopted.

The energy certification of buildings, as demanded by the Energy Performance of Buildings Directive (EPBD) is imminent. The energy performance of a building’s fabric is assessed each time it is sold or rented and it is given an energy rating on an A to G scale. The idea is that potential occupiers can take into account a building’s likely energy performance when deciding to buy or rent it. The methodology for homes has already been decided and is set to take effect on 1 June. Certificates will form part of the Home Information Pack although the communities department is proposing that certificates should form part of the estate agents’ details. However, the Better Regulations Commission has criticised the communities department for making a certificate necessary in the home buying process, and insisting a home must be certificated every time it is sold or rented - the EPBD allows a 10 year life for certificates. The certification timetable for non-dwellings has just been announced (due out end of March). The certification timetable for non-dwellings has just been announced and will be phased in progressively from next year.

This consultation paper was published by the communities department on 13 December last year, and proposes that all homes should be zero carbon by 2016. This would be achieved in three stages: in 2012, new homes should perform 25% better than the current Part L of the Building Regulations; in 2013 that should be 44%; and in 2016 they should be zero carbon. These targets equate to levels three, four and six in the Code for Sustainable Homes.

Planning will also be used as a tool in the move towards zero-carbon housing in terms of location, siting and design. To this end, a draft Planning Policy Statement called Planning and Climate Change (PPS1) was published at the same time as Building a Greener Future. Both Building Regulations and the code will be used to achieve zero-carbon housing. The consultation period closed on 7 March.

This aims to reduce domestic water use by setting a series of minimum standards. It was published as a consultation paper on 13 December last year. It covers new homes, as well as the domestic use of water in non-dwellings, for example flushing toilets in offices and water use in canteens.

Mechanisms being considered for non-dwellings include either setting a maximum limit on water use per employee per day or setting standards for water fittings.

Currently voluntary, the DTI wants to make these compulsory by spring 2008 for sites with a value greater than £200,000. These are intended to help contractors to reduce construction waste by identifying the sort of by-products that will be produced, then trying to minimise them by using materials efficiently, using recycled products and ensuring waste is disposed of responsibly. At the end of projects, performance is checked against targets and the lessons learned are carried over to the next job.

Sturgeon North Architects are working on turning a derelict hospital into a deep green development near Leeds in West Yorkshire. It includes homes with office space to reduce travel and a biomass CHP unit. Greywater will be purified using reed beds. The illustrations here and above show live–work Contour Houses.

The ground-floor living area is earth-sheltered to minimise energy use and it has a green roof. The work unit is a cedar-clad box placed above it.