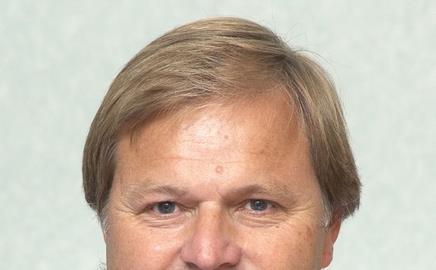 Lawrie Haynes, chief executive of White Young Green (WYG), has outlined his ambitions to make the engineer a key player in the energy sector.

In his first interview since joining the firm from British Nuclear Group (BNG) in the spring, Haynes says he plans to expand WYG’s fledgling energy division, launched in May. The business focuses on nuclear and renewables work. This, he says, is “one of the key issues” for the company, partly because of the likely rise in demand for nuclear services, and partly because it could be used to spearhead expansion in other areas, such as planning.

He adds that WYG does not want to depend on any one market or client, and that other priorities are transport infrastructure and public sector work.

He says he is still conducting reviews of the business but is keen for the company to “aim higher, and pitch itself at higher-level, higher-margin work”.

He says: “I’m not in a rush to make changes but I am looking at how we can develop the business.”

Haynes left BNG after becoming disillusioned with the government’s insistence that the organisation should be sold piecemeal. Haynes had pushed for the group to be sold as a single entity.

To get into nuclear, in particular, you need experience in the sector

He says: “I wasn’t particularly happy with the direction that BNG was going. I’d spoken to 14,000 staff about the issue and, at the end of the day, you’ve got to have integrity.”

He will also be looking to use his background at BNG and, before that, at Lattice Group, formerly part of British Gas, to enhance WYG’s position in the energy markets.

He says: “To get into nuclear, in particular, you need experience in the sector.” He adds that he is keeping a “close, watching brief” on the government’s latest nuclear consultation, the results of which are due to be published next month.

Haynes says another priority is international expansion, particularly in third world countries. He will also grow the firm in Ireland, where the government has just announced a *185bn (£130bn) development strategy.

Haynes adds that he is keen for Adams Kara Taylor, the structural engineering consultant that WYG acquired for £10.5m shortly before his arrival, to have a central role in the company.

He says: “There is a drive to become more creative. Adams Kara Taylor employs an infectious group of people and I think they are a fabulous acquisition. I see them as being right at the centre of our business, and will increasingly use them to push margins across the group.”