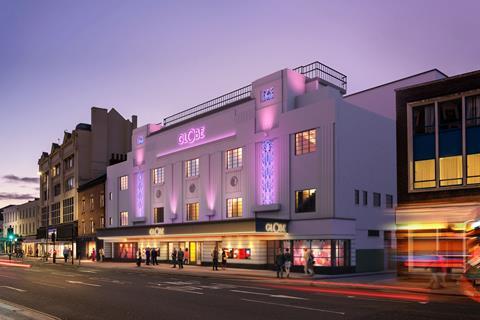 A derelict theatre in Stockton-on-Tees that once hosted the Beatles and the Rolling Stones is to be given a £27m revamp by Willmott Dixon.

The Grade II-listed Globe Theatre, built in 1935 in the Art Deco style, closed in 1997 after operating as a bingo hall for 20 years.

Willmott Dixon is restoring the building into a 3,000-plus capacity venue hosting live music and comedy.

Key Art Deco features, including internal doors and windows at the front of the building, will be removed and stored while work is underway, and mouldings have been taken of ornate ceiling details in order that new profiles can be made as part of the restoration.

The contractor was appointed by Stockton-on-Tees borough council, which has leased the building from owners Jomast for 40 years, while the job was procured through Major Works England and Northern Ireland, a part of the Scape National Construction Framework.

Part of the funding for the refurbishment came from a £4.5m grant through the National Lottery.

The revamp was originally expected to cost £4m, split between the council and National Lottery funding. But structural issues discovered since preliminary work began in 2011 have pushed up the final bill.

Once the work is finished the Globe (pictured) will be run for 25 years by the Ambassador Theatre Group, which owns several theatres in London’s West End, including the Savoy, the Piccadilly and the Lyceum, currently home to The Lion King.