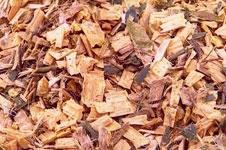 The Government plans to massively expand the offshore wind and biomass markets when it reveals its renewable energy strategy document this week.

Reports at the weekend claimed that 3,500 wind turbines could be erected across the UK in the next 12 years.

They also claimed that an area the size of Essex would be planted with trees and other crops to produce biomass energy as part of the strategy. And homeowners will also be forced to replace inefficient boilers with solar thermal kit, it is claimed.

The strategy is an attempt to make the UK comply with its EU-imposed target of producing 15% of the country’s energy from renewable sources by 2020.

The strategy, expected to be published on Thursday, concedes that the target will only be achievable if there is a completely new approach to generating energy.

"We might just possibly reach 15% renewable energy by 2020. It will require maximum build rates and a very rapid response from the supply chain," says the document.