WYG back in the black

Consultant posts profit of £700k after stronger than expected performance 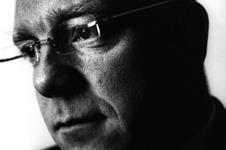 Consultant WYG is back in the black after reporting profit of £700k and plans to buy a number of smaller specialist firms this year.

The firm reported adjusted profit before tax of £700k, compared with a loss of £5.8m the previous year.

However, after removal of separately disclosed items totalling £4m, which included £2.5m of share option costs, it incurred a pre-tax loss of £3.3m.

The firm said the results came after a strong second half of the year.

Paul Hamer, WYG chief executive, said the “better than expected” performance “marks a significant new milestone in the progress” of the firm.

He said the firm now expected profit for the current financial year to be around 10% higher than current market expectations and the firm would like make a series of acquisitions.

He said: “We’ve got a good quality pipeline of acquisitions we have got pretty close to a couple but because of our choosy nature an approach we are making sure that every acquisition we do ticks every single box, not just a few boxes.”

“I would expect over this next reporting period we would be announcing a number of small strategic high-margin acquisitions that will bolt on to the group to further accelerate our strategy.”

Hamer said the firm was targeting a growth in margins to around 5% over the next three years before pushing to increase margins to 8% after that period.

He said the firm was currently being held back by around £1m of additional costs from leases that were yet to expire, but were no longer of use following the company’s restructure over the past two years.

“It acts as an anchor and suppresses your true margin,” he said.

Hamer added: “We have been distracted by redundancy programmes or restructuring.”

He said he was proud of the “determination and tenacity” of WYG’s staff over the course of the past two years of restructuring.