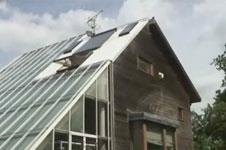 The expected definition of zero carbon for new houses has been delayed again, a sustainability blogger claimed this week.

Casey Cole, an energy expert who writes a blog called Carbon Limited, said the definition would not be released by the government until 2009 after he met with officials from government department Business Enteprise and Regulatory Reform (BERR) last week. The clarification on how the industry will meet zero carbon by 2016 for new dwelling was initially expected this summer before being put back to autumn "at the earliest".

Writing in his blog Cole reacted with dismay to the delay. "Given that ministers are long past the point of no return on this, it’s extraordinary that by delaying this consultation they’re making things even harder for themselves and for developers."