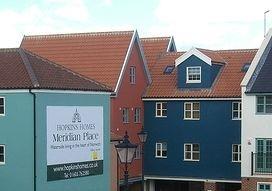 Achieving Code level six will add £47,000 to the budget for a new house, new figures released by the government yesterday claim. The high price tag would take a single, Part L 2006 compliant detached house in a high flood risk area (the so-called "worst-case scenario") up to zero-carbon level.

The new analysis, carried out by Cyril Sweett, also estimates cost for several different dwelling types in a variety of development scenarios, from "best case" to "worst case". For instance, the cheapest option, bringing a flat in an urban regeneration zone with low flood risk and low environmental value up to level six, would cost £19,000.

The report points to a big cost differential between hitting Code five and six, due to the need to meet a stringent heat-loss parameter. "This has the impact of adding additional cost to achieve the improved thermal performance of the building envelope, while simultaneously reducing the scale of carbon savings that could be achieved through a CHP system," it says.

The report is bullish on the reduced cost of achieving the Code over time. It expects the cost of compliance to fall between 16% and 25% between now and 2016, depending on Code level.

DCLG says numbers in the report should replace those Cyril Sweett's earlier Cyril Sweett report “A cost review of the Code for Sustainable Home” carried out by Cyril Sweett for English Partnerships and the Housing Corporation in February last year.

The earlier report estimated costs for improvements of dwellings up to Code levels three and four. The government says these figures 'did not represent an 'optimal combination of measures' and did not include the use of biomass CHP or other emerging technologies. Level six improvements were not accounted for because, as the authors said at the time: “the definition of zero carbon development under the Code is still being finalised.”

Since that time, published Code technical guidance has also made additional costs in some areas likely, including costs associated with bringing dwellings to Lifetime Homes standard, and improved sound, security, flood and water management measures.