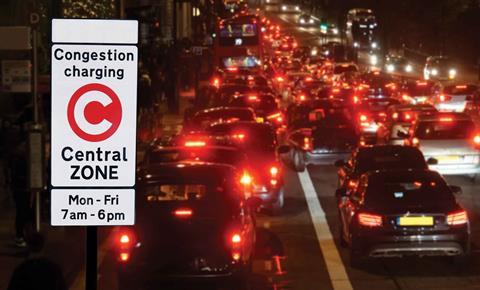 This week London ushered in an ultra-low emission zone, as the next big move to reduce traffic and clean up air quality, following the introduction of the congestion charge in 2003, says Deborah Duke. The policy has been welcomed by the city’s asthmatic schoolchildren – and this magazine.

Building has not always moved quite so nimbly with the zeitgeist, however. Back in 2003, when the congestion charge was introduced, it ran a campaign called “Chop the charge” in which it called for construction projects to be exempt from paying what it called the “unfair tax on the building industry”.

Intimidating numbers were bandied about: “The concrete trade association Construct says that with administration costs the charge [could] cost its biggest members £800,000 a year, rising to £6.4m if contractors fail to pay their fines on time.”

Building issued a rallying cry: “To add your voice to our campaign, fill in the online petition and let Ken Livingstone know exactly what you think.”

Ken, clearly, was not swayed, and the policy remains successfully in place to this day. This time, we will allow Sadiq Khan to pursue policies in favour of clean air unchallenged by the mobilised might of Building’s readership. Carry on, Mr Khan.

Click here to read the full article from 28 February 2003