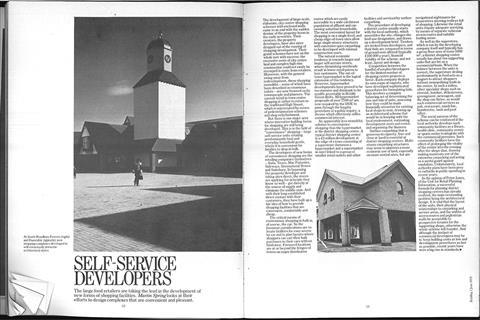 The 1 June 1979 issue of Building ran a feature delving into the changing nature of the modern-day supermarket. Drifting away from the conventional format of running under the roofs of high-street shopping centres, large retailing companies - Asda, Tesco, Mac Fisheries, Safeway, International Stores and Sainsbury’s - found bypassing property directors and taking large sites, often set on the fringes of major towns, directly for themselves was proving far more cost-effective. The feature, penned by then assistant editor (Architectural) Martin Spring, focuses on the architectural design of these suburban monoliths, which, judging by his review of Asda’s South Woodham Ferrers town centre plot, he wasn’t keen on. He writes: “The scheme will undoubtedly become an embarrassment when the fashion swings away from vernacular styles, unless the constructional detailing drawn up by a twentieth-century commercial architect pretending he was an eighteenth-century rustic carpenter gives way beforehand.” The architectural fashions certainly have changed, but notably so has the trend for big, all-purpose supermarkets, as, some 35 years on, we start to see a shift back towards smaller convenience stores based in town centres and mixed-use plots. 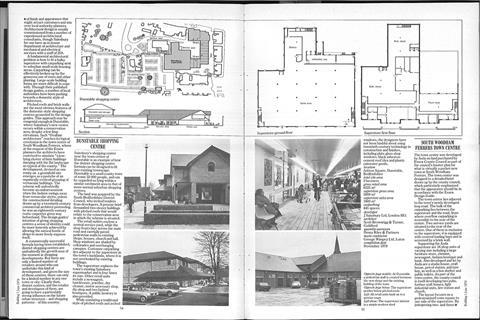