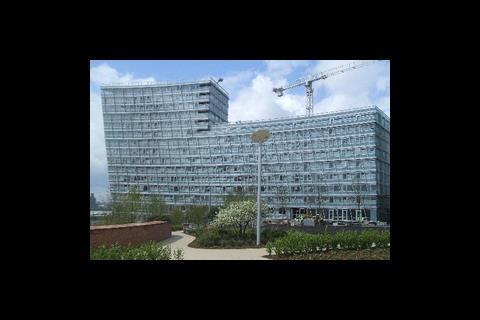 View of the site from the east 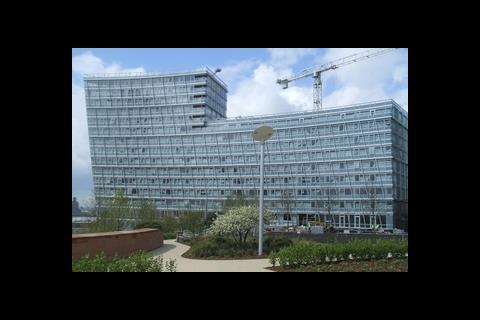 The view from the east 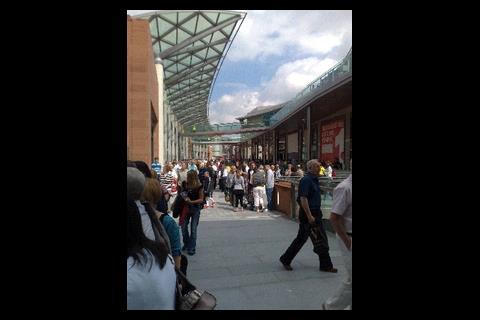 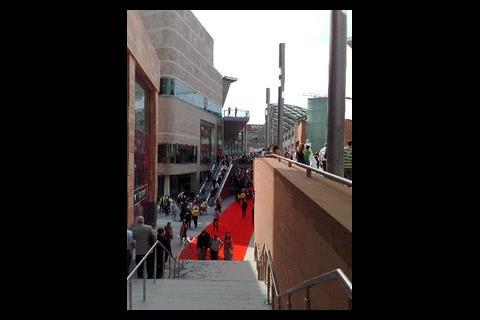 In the second part of this technical breakdown of the landmark Paradise Street scheme Adam Selvey, Technical Director at WSP examines issues such as prefabrication the infrastructure procurement and Part L.

Major civil works required the team to construct a 650m³ attenuation tank in the existing sewer system. The tank measured 118m in length and has a nominal internal cross section of 2.5mx2.5m and was installed at a depth of 6m below grade in the centre of Strand Street: a major 6 lane carriageway. Review of the existing infrastructure and the effect of the proposed development on it started in 1999. Outline diversion proposals and associated costs were completed in 2000 with the following key issues having been identified:

1. The electrical network required reinforcement in the form of a new 33/11kV Primary Sub-Station

2. The 132kV cables crossing the site were likely to need diversion and there was a 2 year lead in period for works of this nature

3. The excavations on the east side of the site necessitated the combination of three major combined sewer systems into one system routed down Paradise Street with the need for large scale ‘in-line’ attenuation tanks (circa 1000m3).

4. The structure of the historic, listed dock wall could not be touched which imposed considerable constraints on the routing of services in this area.

5. The proposal to construct a new tramline through the site imposed considerable constraints on the location of existing and diverted services and a high degree of co-ordination was required between the two projects.

Early exploratory work – trial trenches and trial holes – were undertaken by Grosvenor in March 2004 to establish the line and location of existing services and prove the viability of the preferred diversion routes. Diversion works started on site in June 2004 as part of the Section 278 ‘Enabling Works’ package and continued through to 2007 to suit the construction programme.

1. The construction of a new Primary Substation located with the vertical alignment of the circular vehicle access ramps to a new car park.

2. The construction of the 650m3 attenuation tank in Strand Street.

3. The construction of a 1500mm sewer along School Lane using thrust bore methods beneath major services in the roadway, including a bend.

4. The linking of two major combined sewer systems by way of an overflow chamber.

4. Diversion, modelling and complete reconfiguration of the major combined sewers within the development footprint

The benefits of prefabrication