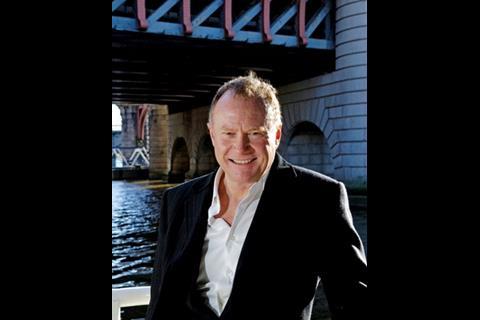 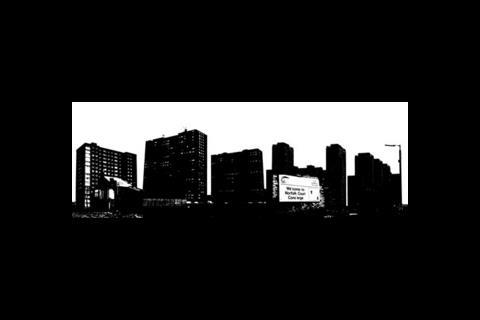 Glasgow developer Paul Mugnaioni wants to save the city’s old housing blocks from demolition and turn them into desirable eco-towers. Is he mad?

Paul Mugnaioni is running late. Car trouble. Twenty minutes later, a sleek black Bentley pulls up outside the Fifi & Ally cafe on Glasgow’s Wellington Street and, Blackberry stylus in mouth, the driver checks his email before emerging, straightening his jacket, and striding purposefully into our rendezvous. Mugnaioni gives the impression of a man on a mission.

And he is. He wants to redevelop Glasgow’s tired old social housing blocks as “ecotowers”. Not everyone thinks this is as a good a plan as he does, however.

Earlier this year it was reported that Mugnaioni’s firm, Quality Street, had approached Glasgow Housing Association about two multi-storey blocks, Stirlingfaulds Place, in the Laurieston area. These blocks, as well as numerous others, were earmarked for demolition as part of a multi-million pound regeneration masterplan for the area.

Mugnaioni wanted buy the blocks and give them a sustainable makeover which would, he claims, have been 23 times greener than demolishing and rebuilding new houses in their place.

But in June, the towers at Stirlingfaulds Place were demolished, so he has turned his attentions to the two towers of nearby Norfolk Court, which are also scheduled for demolition.

Despite the Bentley, the light tan, the gold chain and the rings on his fingers, Mugnaioni is not your typical developer. Born in Glasgow, he spent the first eight years of his life in Italy before returning to nearby Gourock. He obtained a degree in architecture from Strathclyde University in 1971, and a diploma from the Architectural Association in 1973.

“I wanted to be an architect up until that point,” he remarks. “I was working two jobs, one at the housing department of the Greater London Council and the other teaching at the Architectural Association. I decided that although I had always wanted to be an architect, at the end of the day things happen because of money. So I did a masters in economics and moved more into the client side of buildings.”

In 1979 he went to work for the Glasgow Housing Department and became its director in 1983. He was youngest director of housing in the UK, in charge of the largest housing operation in western Europe, with 179,000 homes under his charge.

Asked why he got into housing, he sips his mineral water before replying: “Who pays the piper, calls the tune. I decided to go into housing because that was where the money was.”

In 1987 Mugnaioni set up Quality Street with building society Nationwide Anglia, and by 1997 the company was one of the UK’s largest private landlords with a portfolio of about £200 million.

“I was director of housing for the best part of 10 years and I guess that helped me to know why council houses worked and why tower blocks didn’t,” he says. “I think, essentially, it’s very difficult to have lots of poor people living in a high-rise where there are insufficient resources to manage it. It’s strange really. Everywhere other than the UK – New York, Shanghai, Hong Kong – high-rises are seen as symbols of success.

“One day I was passing some tower blocks that were due to be demolished, and I thought, what a waste.”

Mugnaioni claims that when he spoke to a senior figure in the public sector about the possibility of buying the surplus tower blocks, the response was incredibly positive. When asked for a name, he disappears behind his glass of water with a wry smile. “I couldn’t possibly tell you.”

He then put together a team with Holmes Partnership Architects and engineer White Young Green and set up Ecotowers Ltd with the mission to “recycle” some of the tower blocks facing the axe. By White Young Green’s calculations, these towers should have a 100-year lifespan, compared with the average new-build’s 60 years. The proposed refurbishment would see the Norfolk Court towers completely reclad in air-tight, thermally efficient materials, with photovoltaic panels in the skin and wind turbines on the roof.

But why the green emphasis? According to Mugnaioni, it all started because of a chance meeting with former US vice-president and environmental champion Al Gore.

“I met Al Gore three years ago, and it was a life-changing experience, the way in which he was able to bring all the issues together,” Mugnaioni says. “We’re edging ever-closer to an irreversible situation [climate change] and unless radical measures are taken we’re going to overshoot and it’ll be that much harder to pull it back. Since that point, in everything we did, we considered the environmental impact.”

Everywhere other than the UK – New York, Shanghai, Hong Kong – high-rises are seen as symbols of success

Mugnaioni likes to think that the way he ran Quality Street helped rehabilitate the image of the private landlord from a “Rigsby cliche” to something more sympathetic. In his latest venture he aims to do the same for the tower block, which he finds “structurally beautiful”.

“These towers could be beautiful things, reflecting modernity and substance. They certainly won’t look like tarted-up local authority tower blocks, and we think this concept is achievable all over Scotland and across the UK.”

For some, towers like Norfolk Court are a grey, severe legacy of the housing drive of the 1960s, which the new masterplan should sweep away. A stone’s throw from the centre of Glasgow, the buildings retain negative associations of crime and deprivation.

Even the residents appear to favour the scorched earth policy to make way for what they hope will be a better future. Sabina, a Tunisian immigrant who has lived at Norfolk Court for five years, says: “There’s just too much to do in this area. Sometimes we get harassed by some of the local neds [Scots for chavs] and I don’t think refitting the place would get rid of that problem.”

Mugnaioni remains buoyant, remarking that: “If you look at the Laurieston plans, it begins with the quote ‘The tower in the park has become the block in the wasteland.’ So with multistoreys it’s not only that you have to walk over hypodermic needles to get to your flat, where the lift isn’t working, but also this dreadful notion of the urban landscape where people are afraid to go. You have to reclaim the area around it too.”

His suggestion is to combine the housing with a retail mall and rent space to top brands, adding to the commercial value of the area and engendering a safer, 24/7 culture. Throw in a concierge during the day and security at night, Mugnaioni says, and he is confident the negative associations of tower blocks would melt away.

“It’s fetishism, it’s transferring a series of things which are social, political and economical on to an object... There has been no opposition to the idea, the concept. However, the difficulty is that a lot of these towers are in regeneration areas that have plans, sometimes at huge public sector expense, and people have been involved in these plans for a long time.

“What happened in the Gorbals – which is absolutely ripe for an ecotower – is that the concept was leaked and so it landed in the community’s lap completely out of the blue.”

Earlier this year, Fraser Stewart, the director of New Gorbals Housing Association, which is responsible for Norfolk Court, was quoted in the press describing the ecotowers idea as an “unwelcome intervention”.

Mugnaioni straightens the gold chain poking out from his open shirt, sits back and says: “The unwelcome nature of the proposal was that they’ve had their regeneration plans and had done everything possible to get them to happen and here was something that might’ve set them back. In reality it would’ve helped the regeneration along rather than setting it back, as a lot of these plans are completely unworkable because the credit crunch has removed a hell of a lot of the values. All of a sudden that land is now worth 20-30% less than it was.

“Now, the issue is not that these people are against the idea, it’s finding the right location to do the first one.”

He is also keen to point to the slowdown in residential developments. “The Scottish government says we need to build 30,000 houses a year by 2015; in the UK it’s 200,000 more. All these targets. This year in Scotland I think the actual number is 11,000, next year it could be zero. I think the credit crunch may cause a pause for breath on some of these plans. But there are so many of these blocks and they would provide so much towards those targets.”

As things stand, Ecotowers Ltd is still looking for that first opportunity. Posed a question about “if” the idea takes off, Mugnaioni quickly interrupts: “Not if it happens, when it happens.”

In the meantime Quality Street is applying for planning permission for a new green tower in Edinburgh. It is pushing its sustainable agenda by demolishing a house and reusing the materials for more housing on the site.

It is also looking at three or four more traditional housing developments. However, Ecotowers remains Mugnaioni’s baby for the time being.

“I’ve never seen myself as a developer, but I know about the housing market and I know where it’s going next,” he says. “And where it’s going next is green, because it has to... We need to tackle every aspect of these tower blocks. We have to transform their image inside and out. You can’t just do a Trinny and Susannah, it has to be a sustainable Trinny and Susannah. These blocks are all about the past and regeneration is a juggernaut, but until they’re demolished, they’re an opportunity. And,” he smiles, “plans can be changed.”