Promise to be good

Recent years have seen the use of ‘good faith’ provisions in construction contracts. But what does an expression of good faith mean in practice? 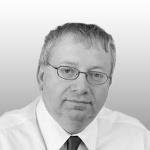 English common law does not generally recognise an implied duty to act in good faith and that applies both to the negotiation of and performance of contracts. Other jurisdictions take a different view. However, there has been a certain amount of activity over recent years in relation to “good faith” provisions in construction contracts.

What does an expression of good faith mean in practice? By entering into an agreement which makes some reference to good faith, what, if any, additional commitment and liability are you as a party to an agreement taking on as a risk? This risk assessment approach to good faith certainly struck me many years ago when I was contacted by a client at the time when partnering agreements were just coming into vogue. The client informed me that it had been asked to enter into a partnering agreement with various declarations of cooperation and good faith. My overriding brief, almost verbatim, was to come up with something positive, “but whatever you do don’t make anything binding”. Mercifully, in that context, my drafting skills were never tested as to whether the goal had been achieved but it does bring in the question the need for and benefit of such provisions.

The fact that the parties are prepared to enter into such an agreement perhaps augers well for a collaborative and dispute free environment for the project. It is certainly not unusual to see contracts including good faith, mutual trust and cooperation provisions either in bespoke or standard forms. Indeed there have been a number of cases concerning the precise meaning of such provisions and many learned articles from luminaries in the construction law sector over recent years. One can reasonably assume that disputes over such provisions are likely to continue, particularly insofar they may overlap and/or enhance an interpretation of a fellow provision placing a more specific obligation on a party.

One of the most recent cases related to NEC3, and in particular the good faith clause 10.1 of NEC3. That clause expressly states that the parties “shall act as stated in this contract and in a spirit of mutual trust and cooperation”.

The case of Costain Ltd vs Tarmac Holdings Ltd [2017] related to issues concerning defective concrete in central reservation barriers on the M1. The dispute centred on the interplay between two separate sets of NEC3 conditions concerning the project. As part of Mr Justice Coulson’s consideration of the case, he had to look at clause 10.1 in the NEC3, and applying his usual clarity of thought, considered that the meaning of good faith depended on the circumstances of the case and the context of the whole contract. However, he went on to confirm that good faith did not preclude normal reasonable business behaviour and to endorse the view that the term of mutual trust and cooperation is such that “whilst the parties can maintain their legitimate commercial interests, they must behave so that their words and deeds are ‘honest, fair and reasonable, and not attempt to improperly exploit’ the other party”. Mr Justice Coulson went on to say that he was a little uneasy about a more general obligation to act fairly as that would be “a difficult obligation to police because it is so subjective”.

In any context, to promise to be good is a phrase difficult to define. As all of us have been children, and in some cases had children, we will be familiar with some basic arguments as to whether the bar set for a reward for good behaviour has been met (particularly where sweets are involved).

In the context of a construction project, some of you may be thinking that a provision declaring good faith in the contract adds little more than an obligation to co-operate and that if a project is being dealt with in good faith by all parties nobody will ever have to look at the contract in the first place – hence a review of the provision indicates a potential problem.

So when you promise to be good a failure to meet those aspirations may have some legal consequences but whether dispute and acrimony follows is likely to flow from whether parties to the contract have the same view as to what “good faith” means in practice.