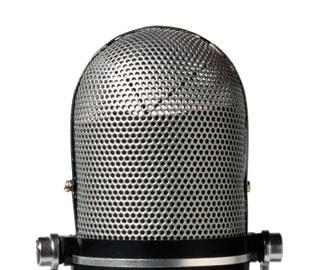 The Empire State Building stretches 102 storeys skywards. The project started in 1930 and finished just 410 days later, with workers completing up to four floors a week. It was the vision of a partnership of New York businessmen who joined the race to build the world’s tallest building. Their success – the Empire State held the title for more than 40 years – owes something to the trust, teamwork and good communication that resulted from that partnership approach.

Since the late 1980s, partnering in the architecture, engineering and construction industries has evolved with a number of different models emerging, often based on total quality management and business process re-engineering theories.

Partnership agreements seek to integrate a group of independent organisations with different agendas, objectives and procedures. The resulting “integrated project organisations and target pricing contracts are valued considerably higher by the participants than traditional procurement methods and standard contracts”, according to a 2001 study by Tore Haugen, professor of architectural management at the Norwegian University of Science and Technology.

Partnership agreements often involve a charter document, such as that being used by RMJM Dubai on the Capital Gate project in Abu Dhabi. It is entirely voluntary, but the client, main contractor, project manager, quantity surveyor and various subcontractors have all signed up to the charter, which outlines shared objectives on matters such as design, how the construction programme is managed and how to manage the budget. The stake-holders also agreed to adhere to a code of conduct based on sharing, listening and being co-operative and fair.

It’s not a legally binding document but it’s proving invaluable to the office and hotel project. With such an agreement in place, all parties focus on the end result and work as a team, rather than battling one another. It’s easier to manage cost control, resolve conflicts and maintain a good atmosphere on site.

The ever-tighter timescales set for the construction industry are making partnering increasingly important. The building of Heathrow Terminal 5 provided a textbook example of the value of the approach.

The parties focus on the end result and work together, rather than battling one another

T5 was delivered on time and on budget – remarkable for an infrastructure scheme involving 16 major projects and 147 subprojects on a 260ha site. It relied on a unique partnership arrangement between the client and construction manager (BAA) and more than 60 contractors.

Unusually, the partnership was a legally binding contract between BAA and its suppliers in which BAA carried all the risk for the project, leaving suppliers free to focus on delivering without fear of litigation.

While there is always some risk of litigation on substantial projects, partnering reduces it. Partnering does not mean that the contract is abandoned, but it does mean that all stakeholders make an extra effort to assist each other in achieving common goals.

Traditional contractual relationships are inherently adversarial. The cost of this approach – where resources are spent to support or enhance one’s legal and financial position, instead of delivering the building – is largely avoided with partnering.

One problem, however, is that if litigation does occur, partnering may provide a false sense of security. This emphasises the importance of ensuring that the contractual obligations and responsibilities are respected and documented properly.

Capital Gate may not be in the running for the title of the world’s tallest building, but the partnership approach first employed by the Empire State Building’s ambitious backers eight decades ago is helping RMJM to deliver a landmark project.

Tony Archibald is an associate architect with RMJM Dubai