Over a few short months, the housebuilding industry has moved from stagnation to skills crisis, with firms paying staggering bonuses to hang on to staff. Here are the findings of the Building/PSD Group 2013 housebuilders’ salary survey 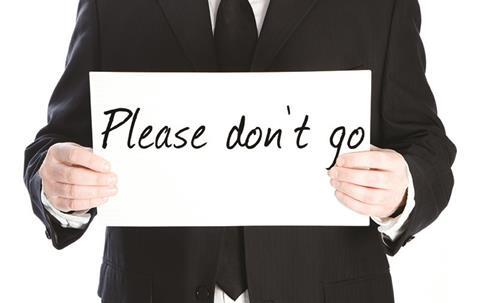 This may well be remembered as the year that the housebuilding industry woke up. By the end of October, new orders were standing at £1.9bn, up a whopping 89% on the same month in 2012. At the same time, barely a week has gone by without another major housebuilder reporting bumper half-yearly or end-of-year results. Such has been the pace of growth that at the end of October the governor of the Bank of England, Mark Carney, felt compelled to divert state backing intended for mortgages from the government’s Funding for Lending scheme to loans for small and medium-sized businesses.

And it is now apparent that the upturn in housebuilders’ fortunes is starting to have an impact on both salaries and the job market. An analysis conducted by recruitment firm the PSD Group on behalf of Building shows that salaries at director-level positions in housebuilders have gone up significantly in the last year, accompanied by some head-turning increases in bonuses.

But just how widespread is the uplift in salaries and bonuses and what consequences does wage inflation have for housebuilders in the year to come?

First the headline figures. In the last year, salaries for directors working for housebuilders - including finance, land and planning, technical, commercial and design executives as well as managing directors - rose by an average of 6%. After five years of wage stagnation, that may seem fairly modest. On bonuses, however, the increases have been more dramatic. In 2012 the average bonus as a percentage of salary stood at 40%, but in the last year that has risen dramatically to 67%.

It is also clear that the jobs market for senior housebuilders is expanding rapidly. Asked whether they had noticed a change in the number of opportunities in the last year, 79% of respondents said they had seen an increase, compared with just 4% who said there had been a decrease and 17% who saw no movement.

For Mark Heald, director at the PSD Group, the results back up what he and his team have experienced in the last year, with more firms looking to recruit and more candidates looking for a new opportunity. “For the last five years, people have just kept their heads down,” he says. “Now we’ve got people calling us saying that if something good comes up not to forget about them. People are looking to move. It’s a very fluid market again. Companies are opening new offices and want to take on new staff in their existing regions.”

The availability of new director-level jobs also explains the dramatic increase in bonuses: after years of relatively poor levels of reward, firms are keen to share the proceeds of growth in an attempt to retain key team members.

The old stalwarts are growing again and then there’s extra demand. It’s stacking up a big skills shortage

According to Heald, housebuilders are generally going about this in an intelligent way. “They’re looking to pay bonuses in different ways, so maybe 50% in April and the remainder in the following year, or part of the bonus in cash and the rest in shares,” he says. In part this is because firms want to have some cash in reserve in order to counter any moves to poach their staff. Heald says: “They’re doing it because if somebody wants to leave the business they’ll have to put something on the table.”

It is clear from the survey that there are some senior staff that companies are particularly keen to hold on to. Land and planning directors saw their bonuses as a percentage of salary jump from an average of 44% in 2012 to 88% this year. “If you’ve got good land and planning people you need to hang on to them at the moment,” says Charlie Campbell, an analyst at Liberum Capital. “There’s a battle going on at the moment to get the last of the good land before everything goes up.”

Similarly, technical directors’ remuneration has performed well ahead of the average, with salaries up 11% in the last 12 months. “It’s because of all the Building Regulations and sustainability requirements,” says Debbie Aplin, managing director at Crest Nicholson Regeneration. “I expect the technical skills need to grow with the requirements.” 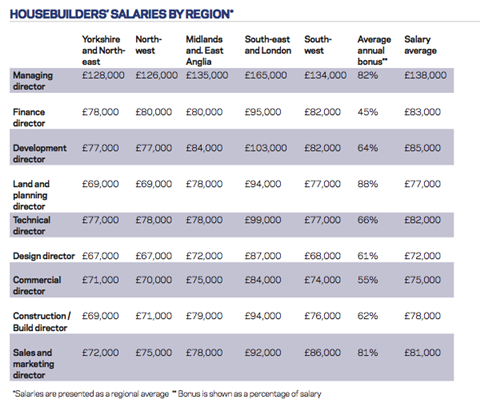 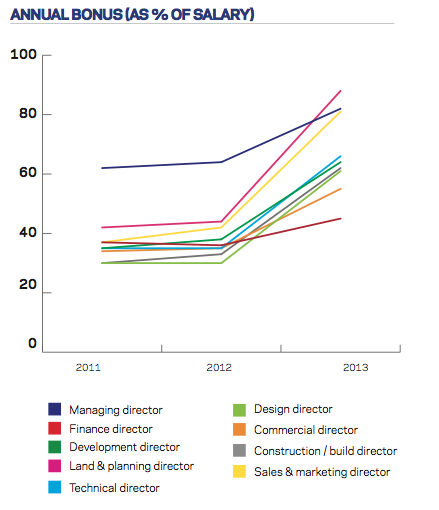 One of the main reasons that housebuilders are having to pay such a high price to retain talent is that during the downturn they haemorrhaged staff at both junior and senior levels, leading to a shortage of qualified people now that the market is expanding once more.

And it is far from clear that those people retain either the desire or the skills to return to the fold. “Quite a few of the people who were working in the industry in 2007 don’t work as builders any more,” says Campbell. “People go off and do other things. Once you’ve got used to a new living you don’t really go back to building, so there’s a gap in the skills base.”

The shortage of suitable talent is exacerbated by the fact that new companies are flooding into UK housebuilding, sometimes for the first time. With the residential market booming once again, particularly in London and the South-east, the promised profits are seemingly irresistible. As has been reported in these pages, many of the bigger contractors are moving into development, while a wave of commercial developers and overseas property investors are also targeting the UK residential market.

“Look at things like the Battersea Power Station redevelopment [led by two Malaysian property investors],” says Heald. “They’re staffing up massively and want the best of the best to work for them. And they’re prepared to throw money at those people because it’s such a key project for them. So, the old stalwarts are growing again and then there’s extra demand. It’s stacking up a big skills shortage.”

On the plus side, while this is clearly a concern for managing directors and HR directors, industry analysts believe that wage inflation poses no imminent risk to the margins - and therefore the share prices - of listed housebuilders. “Although wages are going up, it’s nothing spectacular yet outside of London, and there’s enough house price inflation to cover that,” says Campbell. However, it is a different story at other organisations, such as housing associations, that may not be able to cover rising costs with higher sales prices. 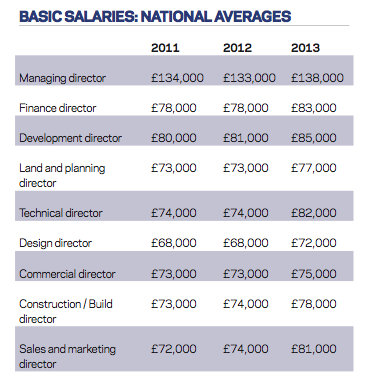 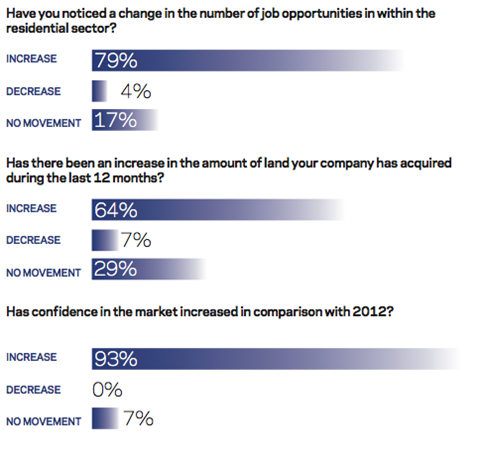 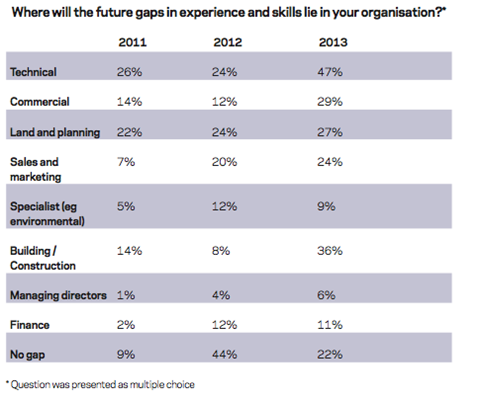 But even if wage inflation isn’t yet a worry for shareholders, the skills shortage will only continue to widen as the housing market picks up. The question then is what to do about it.

One solution is to grow your own talent, taking on bright graduates and developing their careers so that the obvious choice when a director-level position needs to be filled is to promote internally. “It’s all about working environment and the projects that you’re working on,” says Aplin. “It isn’t easy, but you have to spend time to bring people through the company - you take on graduates and promote them from within.”

But such strategies take time and, given the highly cyclical nature of the market, housebuilders can be reticent to invest in nurturing talent when it might come to maturity just as the next bust arrives. Firms can continue to increase remuneration in order to secure the best people, of course, but at some point that becomes unsustainable. And hiring from abroad is difficult for many positions: the English planning system, for instance, is complex and differs significantly from overseas jurisdictions.

In order to fill the gap, then, Heald suggests that housebuilders reassess the conservatism of their recruitment policies. “As an industry housebuilding is very much inward-looking when it comes to talent and nine times out of 10 they will want somebody with residential experience,” he says. “They’ve previously been closed-minded about looking at people who have got good academic qualifications and skills, but are from a different sector.”

Heald says it is relatively common for chief executives at major PLCs to switch industries and believes that skills in the construction industry can be just as transferrable. “In an ideal world you’d get somebody with the relevant experience who can come in and hit the ground running, but unfortunately unless you’re prepared to really push salaries, companies will need to look wider.”

So while there is much to be celebrated in this year’s salary survey, the return of the housing market raises significant questions. And these questions are not just worrying for the housing firms themselves, but also for the government. As Clyde Lewis, an analyst at Peel Hunt, says: “Getting to the government’s target of 250,000 homes a year with the current workforce isn’t possible. I don’t see this as a short-term problem.”

Wage inflation: Fighting to keep up 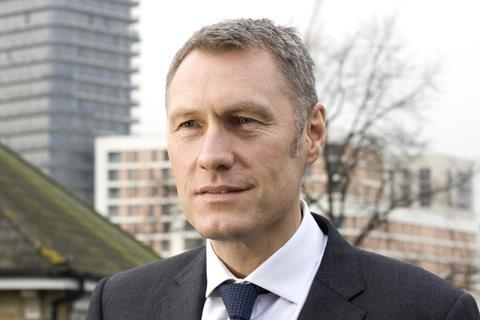 We fear that wage inflation will have an impact on our ability to recruit. L&Q has a very significant pipeline - 12,000 homes and a £2bn commitment - so we have been able to offer a fair degree of certainty and stability for the last few years, and we’ve found it relatively easy to attract talented people. But as the market picks up and the housebuilders want to grow, we’re going to find ourselves in a much more competitive position, so it is something that concerns us.

If you compare L&Q with a housebuilder, it will continue to be the case that we offer the opportunity for a career that can withstand economic fluctuations and can change the places where we live. That appeals to a lot of people. For people who want to work for a social business, they generally accept that they’re not going to be earning the same kinds of salaries and bonuses that they might expect at a housebuilder.

Having said that, the discount against a market salary is finite and we need to keep our eyes on what the market is offering and ensure that we position our salaries relative to the market. There is no science to this, but we want to maintain our position in the market and we’re going to have to compete in order to do it.