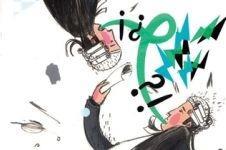 In August 2000, Point West London Ltd (‘Point West’) engaged Mivan Ltd (‘Mivan’) under a JCT98 Standard Form of Building Contract with Contractor’s Design (‘the Contract’) to construct a marketing suite, sky lobby and 48 apartments at a development at 116 Cromwell Road. The original contract sum was over £10m.

Practical Completion was reached in 2001 and the final account for the Contract was agreed at approximately £12.5m in 2002. However, work was carried out after this agreement which included both remedial works for which Mivan was responsible under the Contract as well as additional work outside of the Contract. The works related to both the installation of the curtain walling and the installation of a heating and cooling system.

By October 2007 there were unresolved defects in both the curtain walling and in the heating and cooling system which both parties knew of. The defects were of an unknown scope and extent and it was clear that the attempted repair works for the past six years had not been successful.

In October 2007 Point West and Mivan entered into a Settlement Agreement which comprised an exchange of letters. Mivan first wrote to West Point:

“…The agreement comprises a further payment of £50,000 (including VAT), representing the final assessment of monies due or to become due thus achieving full and final settlement in respect of the above works, together with any and all outstanding matters. We would confirm that this final agreement concludes Mivan’s responsibilities and obligations in respect of their works at the above project.”

Point West responded and accepted Mivan’s offer, provided Mivan would assist them in their proceedings in the Country Court against the owner of Flat 1601 (within the development) for outstanding service charges:

“…The contents of your letter are accepted subject to you being prepared to assist me in the legal aspects of the case on Flat 1601. This may involve some time on the part of Mivan along with the production of necessary documents but I am not looking to you to do any further remedial works…”

Mivan accepted this condition regarding Flat 1601.

Ultimately, in November 2003 Point West was found liable to the owner of Flat 1601 for damages in relation to both the curtain walling system and the heating and cooling system. In August 2011 Point West then commenced CPR Part 8 proceedings against Mivan seeking a declaration as to the scope of the 2007 Settlement Agreement and Mivan’s liability of defects.

What was the meaning of the phrase “full and final settlement in respect of any and all outstanding matters” in the October 2007 Settlement Agreement? Was Mivan liable for damages in respect of defects which existed at October 2007?

Mr Justice Ramsey held that the Settlement Agreement released Mivan from defects which were patent at October 2007. He considered that the Settlement Agreement was intended to bring an end to Mivan’s responsibilities and obligations in respect of any and all outstanding matters and outstanding defects in Mivan’s works. The Judge reached this conclusion for the following reasons:

(i) The outstanding matters at the time of the Settlement Agreement included the question of payment to Mivan and the known defects in the curtain walling and heating/cooling system;

(iii) Mivan’s letter to West Point stated that the agreement “concludes Mivan’s responsibilities obligations in respect of their Works at the above Project” - reading the letter as a whole, this clearly envisaged a full and final settlement in respect of Mivan’s responsibilities and obligations in respect of defects and, in the context of the letter read as a whole, that meant outstanding defects, namely those which were patent at 18 October 2007; and

(iv) West Point’s response to Mivan’s letter was clear when it stated “I am not looking to you to do any further remedial works”. Furthermore, the letter did not reserve any rights to recover the costs of any remedial works from Mivan which West Point may carry out.

In reaching his conclusion regarding the interpretation of the Settlement Agreement, Mr Justice Ramsey considered the principles which apply to the construction of a contract (Investors Compensation Scheme v West Bromwich Building Society [1998] 1WLR 896. He took into account the background knowledge which would reasonably have been available to the parties in October 2007: it includes “absolutely anything which would have affected the way in which the language of the document would have been understood by a reasonable man” (Lord Hoffmann).

Accordingly, this case demonstrates the importance of the language used in settlement agreements, the factual background at the time the agreement is reached and need for parties to be clear about what has been settled and what has not.